My An Arkie's Faith column from the March 3, 2021, issue of The Polk County Pulse. 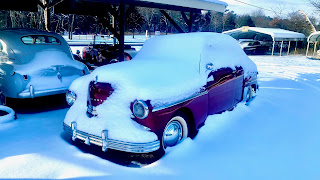 As I walked out the front door and headed to the driveway to clean the snow off my car, the snow crunched under my feet. I had not heard that sound since I moved to Arkansas from Colorado almost forty years ago. It takes very dry snow and frigid temperatures to produce that crunching sound. When I arrived at my shop, the thermometer showed -11 degrees. Because of the historic low temps, the working conditions at my shop were chilly. My old, drafty, uninsulated shop building has only space heaters for heat. On this bitterly cold day, the heaters could do little more than keep the temperature above freezing. Like many other people in the area, I had water pipes that were frozen. As I worked, I longed for warmer weather. 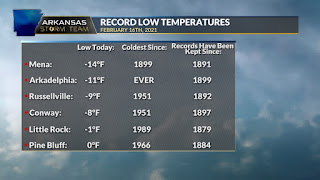 An arctic airmass and two winter storms brought several inches of snow and record cold temperatures. Mena’s official low temperature of -14°F on February 16 came close to breaking the all-time cold temperature of -15°F recorded on February 12, 1899. I’m not too fond of cold weather, but for some reason, I have always been fascinated by the stories of Antarctic explorers like Ernest Shackleton and Robert Scott. Today I enjoy watching YouTube channels by vloggers who live in some of the coldest places on the planet. I love watching Life in Yakutia, Maria Solko’s vlog about her life in the world’s coldest permanently inhabited place. Another favorite is Cecilia Blomdahl, a Swedish girl living on Svalbard, the world’s northernmost town. And I also watch Survival Russia, a vlog by Lars, who is from Denmark but now lives in Siberia.

I grew up in Colorado and experienced lots of snow and cold weather. I can still remember the day that I experienced a Colorado blizzard. It was a lovely winter day with temperatures in the forties. But as I listened to the radio while I worked, every few minutes, there was a bulletin warning of a significant winter storm that was fast approaching. I decided that because I had a twenty-nine-mile drive home, I should head home early. By the time I headed home in my little Ford Pinto, the snow was coming down.

Soon the snowfall was so heavy that visibility was almost zero. The snow was already so deep that the ditches were full of snow, and I couldn’t tell where the edge of the road was. As I inched my way along, I frequently stopped the car and got out to find the edge of the road. I knew that if I slipped off the road in my little Pinto, I would never be able to get out. My progress was slow, and the storm was intensifying. I regretted not grabbing a coat that morning. 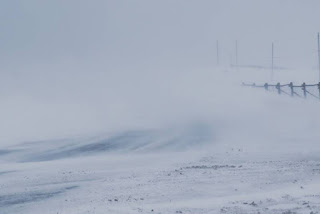 While I was driving slowly down the road, I noticed my wheels starting to slip. I soon realized that I wasn’t making any progress. I was on a steep hill, and the little Pinto couldn’t make it to the top. I carefully backed down the hill and tried following my tracks with all of the speed that I dared. I made it a bit farther but still couldn’t get over the top. When I got out of the car to survey my situation, I noticed a driveway just off to my left. I pulled into the driveway and sat there for a while. I didn’t know what to do. After about a half-hour, I shut the car off because my gas gauge showed almost empty. In my hurry to get home, I had forgotten to gas up. Before long, it was quite cold in the car. I began to get worried and prayed to God for a way out of my situation.

When the blizzard let up a bit, I could see a house off in the distance at the end of a long driveway. Walking up to the house, I knocked on the front door. No one answered. I went around to the back door and rapped again. Still no answer. After standing in the snow and shivering for a bit, I checked the door and found it unlocked. I opened it and stepped into a mudroom with boots, coats, a sink, and a couple of old metal chairs. After a few minutes, I took one of the coats off the hook and put it on. I hoped the owners would understand.

I sat there, a bit more comfortable because of the coat, and thought about my situation. I knew that my wife was worried about me, but I had no way to let her know what was happening. The door into the house from the mudroom had three small windows. I looked through the windows and noticed a phone hanging on the wall. I tried the doorknob, and it opened. I felt terrible about going into the home of a stranger, but I didn’t know what else to do. I made a quick call to my wife to tell her that I was safe but had no idea when I would get home. Then I went back into the mudroom. 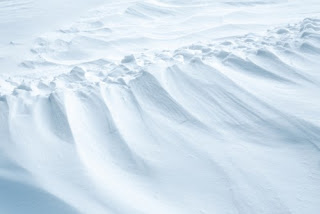 Over the next hour, I made several trips back to my car to see if the conditions had changed. The snow wasn’t coming down as hard, and visibility had improved. On one of these trips, a four-wheel-drive pickup drove up the hill, leaving tracks to follow. I got in my little Pinto and backed down to the bottom of the incline. Going as fast as I could, I made it over the top. In a few minutes, I was able to make it safely home. I’m sure that the owners of the home never knew that they had been my salvation.

Gentle Reader, that memorable scenario happened over forty years ago. I don’t think I have ever been colder or more concerned about my safety. While He was talking to His disciples about signs of His coming at the end of the world, Jesus said, “sin will be rampant everywhere, and the love of many will grow cold. But the one who endures to the end will be saved.” Matthew 24:12,13 (NLT) Don’t let your love grow cold. Jesus has promised to save those who endure to the end. Whenever you feel the cold of the world surrounding you, remember the promise found in Isaiah 41:10 (NLT). “Don’t be afraid, for I am with you. Don’t be discouraged, for I am your God. I will strengthen you and help you. I will hold you up with my victorious right hand.” God promises that he will not leave you out in the cold.

Posted by Richard Lawry at 3:30 AM