My An Arkie's Faith column from the February 24, 2021, issue of The Polk County Pulse.

For several days the weather forecast has been dominated by the probability of snow. It has been over three years since we have had any significant snowfall. On the Arkansas Weather Blog, Todd Yakoubian wrote, “There are no guarantees in weather until after it happens, but confidence is very high snow will fall twice over the next several days.” My Friday afternoon shopping trip to Wal-Mart confirmed the forecast. The parking lot was full, and the bread aisle was empty.

Last weekend there were light flurries here in town. Just a few feet higher in elevation, there were several inches of snow. My cousin, my Dad, and I drove up to Queen Wilhelmina State Park. The skies were grey and dreary, but the snow-covered landscape was lovely. In several places, the road was so slick that we had difficulty making it to the lodge on top of Rich Mountain. 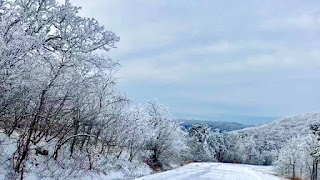 This Saturday, as we drove into Mena from the south, we could see frosty trees covering the mountaintops. Late that afternoon, we made the drive up onto Rich Mountain to take photos. The bright white trees, along with the moody skies, made stunning pictures. Occasionally the sun would shine through, putting a portion of the hillside in the spotlight.

On Valentine’s Day, we woke up to soft snow falling. Snow fell through the morning until a thin blanket of white snow topped everything. Late in the evening, snow once again began to fall. The next morning, I woke up to temperatures in the single digits and continued snowfall with several inches of snow already on the ground. A pristine white blanket covers our neighborhood.

This historic week of cold and snow will be something to tell your kids and grandkids about one day. Wind chill values will be well below zero. I’m sure we’ll break several other temperature records along with a few snow records too.  This week will also be one of the most extended stretches below freezing in Arkansas weather history. Temperatures below zero are possible. 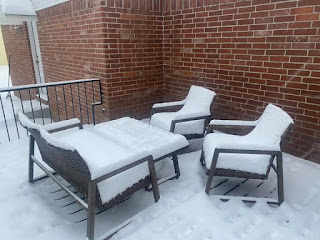 I have never liked the cold. The last few days have been unseasonably cold, the coldest stretch of weather we have seen in many years. I have been miserable and just a bit whiney, or maybe a lot whiney. I am not a winter person. During the winter months, I patiently wait for spring. Well, at least I wait. Even though I’m not too fond of cold winter weather, there isn’t anything quite like a significant snowfall that leaves the ground a fluffy pure white, without any dirt or debris. It covers everything it encounters in perfect white.

A fresh snowfall makes any landscape beautiful. What lies underneath the snow might be ugly, but the snow hides any blemishes and makes everything pure and white. Rusty old cars and piles of debris become beautifully soft and white. God does the same thing with each of us. We may have a sordid past. We may not be currently living as we should. But God wants to make us beautifully clean. He longs for us to ask for forgiveness so that he can cover our sins. “Come now, and let us reason together,” Says the Lord, “Though your sins are like scarlet, They shall be as white as snow; Though they are red like crimson, They shall be as wool.” Isaiah 1:18 (NKJV) 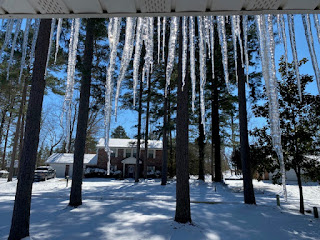 Have you ever been pleasantly surprised when you woke up and looked out your window to see snow covering the landscape? A dull and dreary day unexpectedly transformed into a beautiful day blanketed with snow. Bare and seemingly lifeless trees turned into marvelous works of art. In the same way, God is pleased when we allow him to cover our sins.

Because of His great love for us, God doesn’t abandon us in our sins. Instead, by His grace, He wants to change and transform us. “He has rescued us from the power of darkness and transferred us into the kingdom of his beloved Son, in whom we have redemption, the forgiveness of sins.” Col. 1:13,14 (NRSV) And God wants to give us peace. “Now may God himself, the God of peace, make you pure, belonging only to him. May your whole self—spirit, soul, and body—be kept safe and without fault when our Lord Jesus Christ comes.” 1 Thessalonians 5:23 (NCV)

Have you ever noticed how peaceful it seems after a significant snowfall? It is not just your mind playing tricks on you. Snow does make the world quieter. Some of the calm after a snowfall is logical. People tend to stay home during snowstorms, so there are fewer people outdoors. And birds tend to hunker down during severe weather, so they are quieter during a snowstorm. But there is science behind the stillness as well. That is because snow absorbs sound, so when a fresh blanket of snow covers the landscape, it absorbs many of the sound waves, making it seem quieter outside. 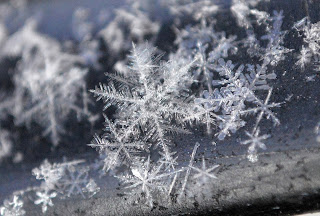 The reason snow absorbs sound is because it is porous. Snowflakes are six-sided crystals filled with open spaces. In a blanket of snow, those spaces absorb sound waves, creating a quieting effect. When God takes our sins and makes them white as snow, it cuts down on the noise of the world around us. The world becomes quieter and more peaceful. We can more easily hear God as he communicates with us.

Gentle Reader, we all have sin in our life that makes us dirty and separates us from God. But God has provided a way for us to be clean again. Through Jesus, we can all be as white as snow. “If we confess our sins, He is faithful and just to forgive us our sins, and to cleanse us from all unrighteousness.” 1 John 1:9 (KJV) God wants to cover your sins. He wants to give you peace. “I pray that God, the source of all hope, will infuse your lives with an abundance of joy and peace in the midst of your faith so that your hope will overflow through the power of the Holy Spirit.” Romans 15:13 (VOICE)

Posted by Richard Lawry at 7:06 AM