My An Arkie's Faith column from the February 10, 2021, issue of The Polk County Pulse. 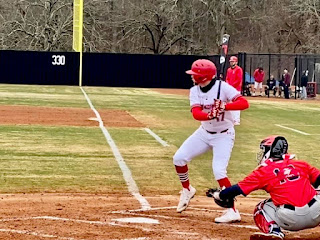 I watched the new baseball fields’ construction at the McMillan Park site on South Mena Street for the past year. Every night, as I drive past the location on my way home, I look to see the project’s progress. As the construction crew made more and more headway, I became excited about the prospect of watching baseball at the new ball field in my back yard.
In April of 2019, the University of Arkansas Rich Mountain announced a new baseball program. “I could not be more excited to announce the addition of Coach Lance Spigner as the first baseball coach for the University of Arkansas Rich Mountain,” said Chancellor Dr. Phillip Wilson. “Coach Spigner is as good as any coach in Arkansas, and he comes with a pedigree that is rarely matched. He is a winner, a leader, and a baseball visionary.” The news caught my attention, but I did not start following the new baseball program closely until I saw that the Bucks’ were building the new ball field so close to my house. 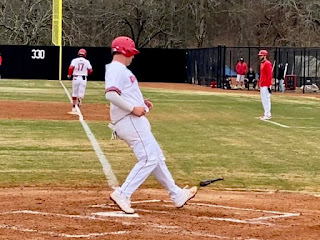 As the fields took shape and the start of the baseball season neared, I looked forward to being able to watch baseball. I wanted to be there for the historic home opener of the Rich Mountain Bucks’ first season. I was working, but I got away during my lunch break and spent some time at the new Union Bank Field. I arrived just before the bottom of the second inning. The Bucks were behind 3-2 but scored a run to tie up the game. I was able to stay through the third inning but then had to get back to work. Although I couldn’t stay long, I will always remember being present at the Bucks’ home opener.
I first became obsessed with baseball when I was in the fifth grade. I went to a small private school, and fifth through eighth grades were in class together. The older boys loved baseball, and I wanted to be like them. I would beg my Mom to get to school early because there was always a pickup baseball game before school started. 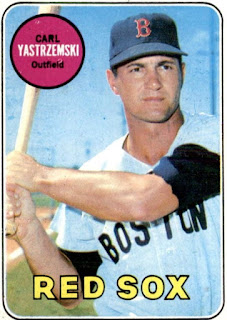 The first team that I followed was the Boston Red Sox. My pastor was a Red Sox fan, and his enthusiasm for the Red Sox made an impression on me. It was 1967, and the Red Sox had a season that came to be known as the “impossible dream.” The previous year they had finished in ninth place. But in 1967, they made it to the World Series, losing to the St. Louis Cardinals in seven games.
My favorite player was Yaz, Carl Yastrzemski, the Red Sox team captain. I wanted to be Yaz. I played in the driveway of our house batting rocks with a broomstick imagining that I was playing in the Major Leagues. I wanted to play Little League baseball, but we lived out in the country, and there was no way that I could play.
As an adult, I made it to Little League when my neighbor asked me to help coach a Little League baseball team. The kids on the team were 6 to 8 years old. This age group of Little League had special rules to help tone down the competition and give everyone an equal chance. It was supposed to be about learning the game and having fun. In each inning, every player was allowed to bat. We didn’t keep score on the field, but everyone knew the score, especially the parents. But of course, no one was keeping score; well, not officially. 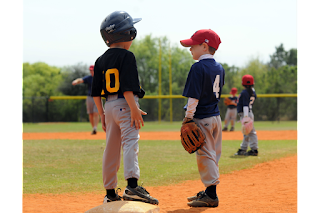 That Little League experience taught me how powerful comparison and competition could be. Even when I didn’t want to compare and keep score, I couldn’t help it; and neither could anyone else. We all knew.
The problem wasn’t with our comparison; it was what we did with that information. We mentally ordered the kids from best to worst. Parents would feel better or worse about themselves based on what their kids did in the game.
Little League taught me that we have a powerful urge to compare. This tendency is unfortunate enough in Little League, but it is tragic for our spiritual life. When we compare ourselves to others, we can never know the whole story. Often our conclusions about people are entirely wrong. 1 Samuel 16:7 (NLT) tells us that, “People judge by outward appearance, but the Lord looks at the heart.” 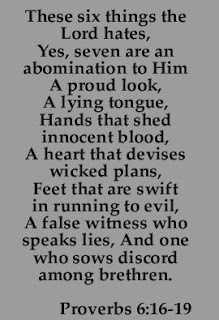 One of the reasons we compare ourselves to others is to feel superior. But doing that separates us from God. Did you know that God says that he hates pride? Proverbs 6:16,17 (NKJV) tells us, “these six things the Lord hates, Yes, seven are an abomination to Him: A proud look,”... Leading off this list of things that God hates is a proud look; a feeling of arrogance when we see others. God hates it.
I’ve noticed something interesting about this sin of pride. It is often found among the people who think that they love God the most. Many Christians are proud of their works and look down on others. But God says that we are all sinners. “When we display our righteous deeds, they are nothing but filthy rags.” Isaiah 64:6 (NLT)
Spiritual pride is a blind spot. We never see the pride in ourselves. We never think that we are looking down on others. We believe that we see things as they are. We can’t help it if we are better Christians than others. 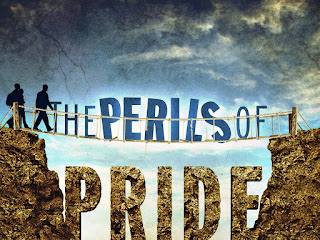 How do we keep from falling into the trap of spiritual pride? We need to ask ourselves if there is any group of people we are responding to with disgust, disdain, or aversion. If the answer is yes, it is a sign that we are falling into the trap of spiritual pride.
I don’t know what tempts you to feel superior. I don’t know what kind of people you look down on, but most of us have a list. I don’t think that we realize how dangerous that list is. Unless we can get rid of the list, it will leave us separated from God. It can put us at the top of God’s “I hate it when you do that” list.
Gentle Reader, spiritual pride isn’t a small insignificant sin. It is front and center in the battle for our heart. Let’s pray today with David his words found in Psalms 51:10 (NLT), “create in me a clean heart, O God, and renew a loyal spirit within me.” It is the only way we can overcome spiritual pride.
Posted by Richard Lawry at 2:30 AM