2013 Relay For Life of Polk County 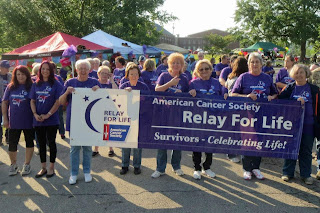 Last Friday was the Relay For Life of Polk County annual event.  My wife and I have been involved in Relay For Life since it's inception here in Mena in 2007.

Friday's event turned out great, with the weather cooperating and a large turnout from the community.  Rain and thunderstorms had been forecast for Friday all week, but by the time the decision had to be made about moving the event indoors, the rain forecast was for the rain to be over at 4:00 Friday.  Sure enough their was a shower at 4:00 but the weather was beautiful after that. 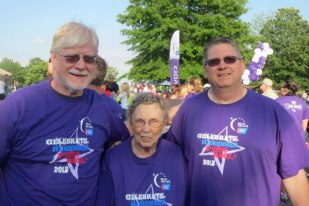 This year the survivor lap had new meaning for me.  Each Relay For Life event starts with cancer survivors circling the track in the Survivor Lap.  This past year I had a skin cancer removed from my nose and my Mom was diagnosed with Leukemia and had a cancerous kidney tumor removed by cryoablation.  I was in the Survivor Lap with my Mom and my brother-in-law.

At a Relay event, each team sets up a campsite where members can hang out when thay are not walking laps, and where they can fundraise for Relay.  Our team, Nidec, chose as a theme, Cure Commanders based on the TV show Duck Dynasty.  There was plenty of camo and duck calls could be heard throughout the night. 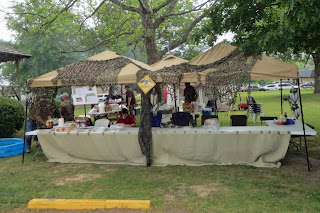 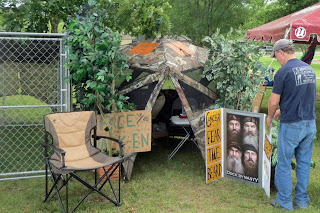 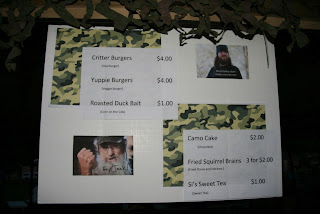 We wore our Cure Commander camo t-shirts as we walked around the track during the Team Lap. 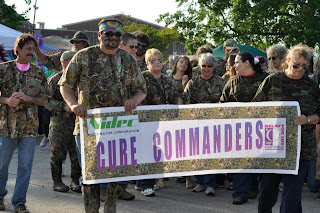 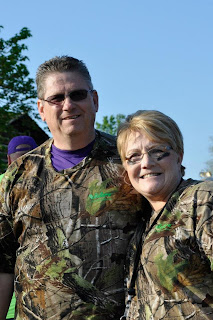 There were lots of fun and exciting things at Relay including firemen, (thanks Ink Fire Department); Elvis, (thanks Cruizzers); Sheriffs arresting people and putting them in jail and a frozen t-shirt contest, (thanks Nidec). 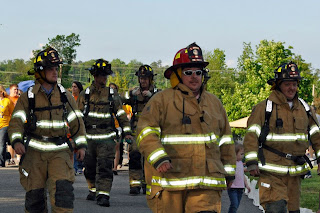 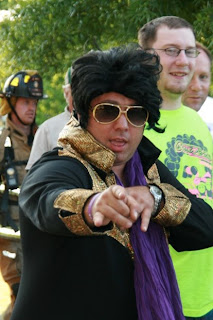 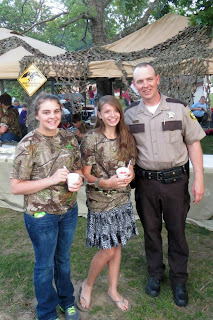 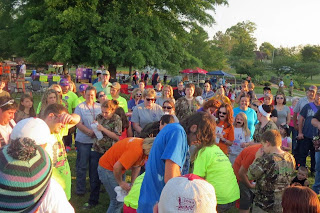 After celebrating the survivors and the party atmosphere of Relay, when it gets dark the focus shifts to the luminaria. Relay For Life participants and donors remember loved ones lost to cancer and honor those battling the disease by dedicating luminaria bags. At our Relay we had over 300 people who have been affected by cancer represented by luminaria bags lit by candles and lining the track. 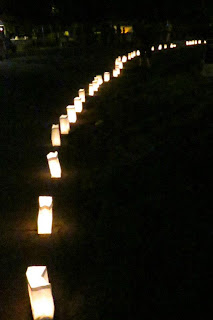 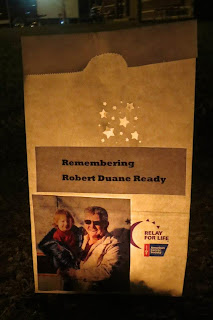 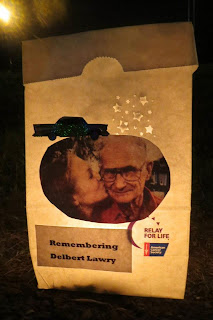 As part of the luminaria ceremony sky lanterns were lit by people who had purchased them in honor of someone with cancer.  My grand daughter helped light one of the sky lanterns. 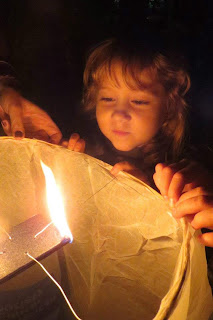 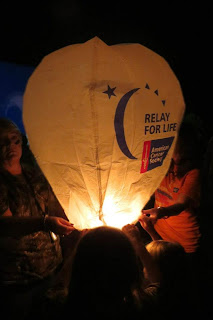 Because cancer never sleeps, the Relay event goes all night with people walking around the track.  There were lots of activities to keep people entertained such as karaoke, a talent show, 3 on 3 basketball, theme laps, zumba, line dancing and Hope Has No Curfew. 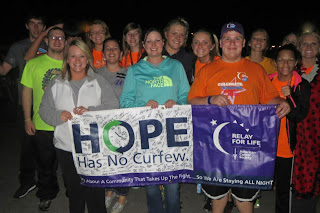 
The event was very successful with over 5,000 dollars raised that night.  The teams have raised over 57,000 dollars total so far this year to benefit the American Cancer Society in it's fight against cancer.  Relay For Life is more important that ever as we are seeing cuts in the amount the U.S. government is spending on cancer research.  Privately funded research is going to have to take up the slack.  The American Cancer Society is the largest private funder of cancer research, and Relay For Life is their largest fundraiser.

The 2013 Relay For Life of Polk County was awesome, and I can't wait to see what this community has in store for 2014!