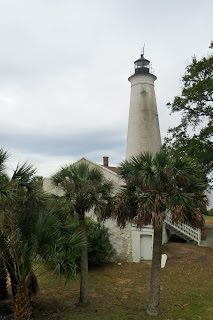 On our way home from Orlando after a recent visit to Disney World we were traveling on I-75 between Ocala and Gainesville when we encountered a slow down. It took us an hour to travel a few miles. At the first exit we could get off, we decided to find an alternate route. The back roads that we took were very pretty with many beautiful horse farms.

As I was looking at the map, I saw that we would be passing by St. Marks National Wildlife Refuge. It was just a few miles off of the highway that we were on, so we decided to go check it out. 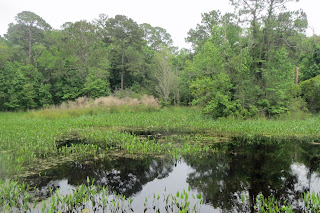 At the visitors center there was a large pond with a trail around it. The pond was located where there had been a sand pit that provided the sand that CCC workers used to build a road out to the lighthouse in the 1930's.  There were flowers in the pond, and an alligator mother with many babies on the bank. 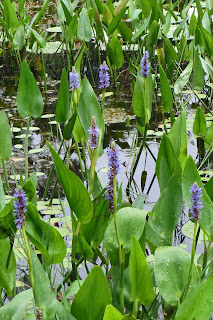 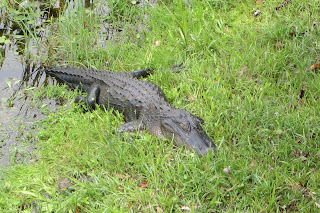 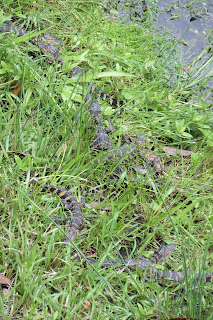 One of the interesting things about St. Marks is that there are four distinct types of landscape in the seven mile drive from the visitors center to the lighthouse on the coast, forest, swamp, inter-coastal waterway and the coast. 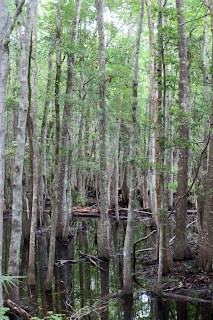 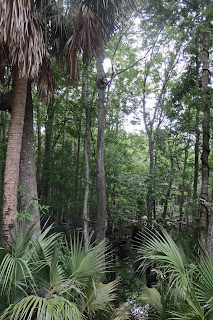 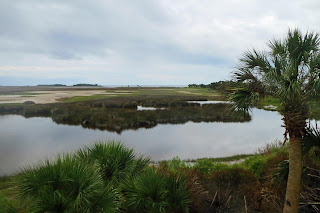 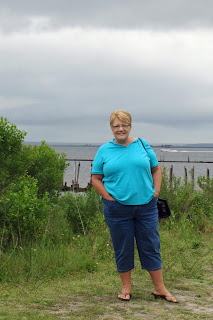 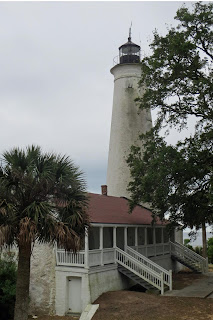 The lighthouse was completed in 1831 and survived destructive hurricanes of the 1840's and 1850's, including the disastrous hurricane of September 1843.  During the Civil War, Confederate troops were stationed near the lighthouse to defend the area against a Union attack. In March 1865, a Union fleet of 16 ships appeared off the coast and began to shell the vicinity of the lighthouse in preparation for landing a force. The Confederates attempted to blow up the lighthouse during their retreat in order to deny it as a lookout for the Union forces. Although they were unsuccessful in destroying the tower,  the damage inflicted was substantial, necessitating a complete rebuild of the tower immediately following the war.  The lighthouse was automated in 1960 and remains today an active aid to navigation for vessels on the Apalachee Bay.

St. Marks was established in 1931 to provide wintering habitat for migratory birds. It is one of the oldest refuges in the National Wildlife Refuge System.  We saw lots of wildlife during our visit including Alligators, Purple Gallinule, and Anhinga. 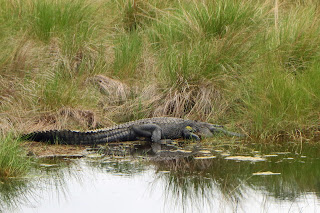 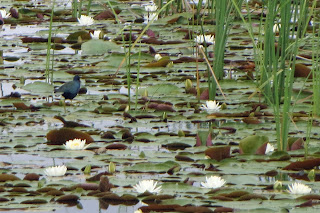 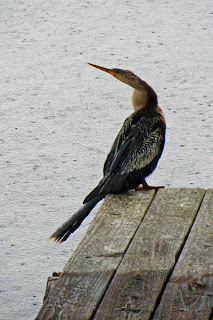 St. Marks was a really quiet peaceful beautiful place.  It was such a sharp contrast to the week we had just spent at Disney World. It was a blessing to have gotten off of the interstate and accidentally ended up in such a beautiful place.  We only had time to spend a couple of hours at St. Marks but I really hope to be able to return when I can spend more time. 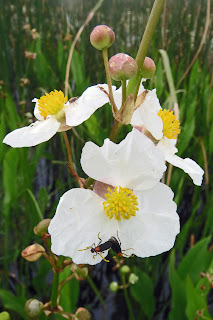 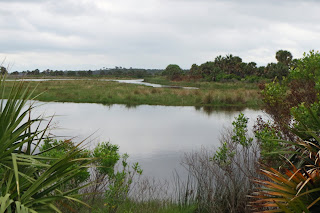 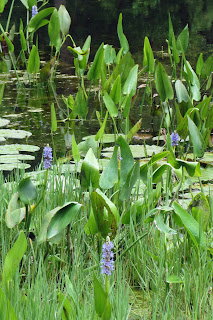 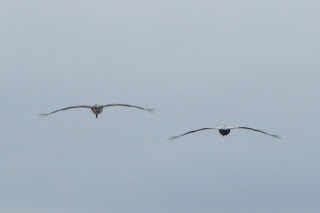 Posted by Richard Lawry at 8:07 AM