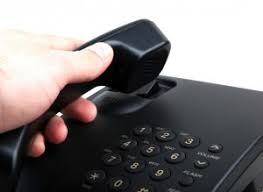 It seems like I spend a lot of my time answering the phone. If my hands are full, or If I am inside or under a vehicle, the phone is likely to ring. One day, I was setting a windshield in place when the phone began to ring. I had to finish setting the windshield before I could answer the phone. The phone rang and rang. When I was able to answer, the voice on the other end of the line asked, “Is this a car lot?” “Yes,” I answered tentatively, thinking it might be a telemarketer. “I know that this is a longshot, but I don’t know where else to turn. I am looking for a friend who I have lost touch with.”

As we continued the conversation, I learned that this man was trying to locate someone he had served with in the armed forces. He had a phone number for his friend, but it had been disconnected. He was afraid that his friend had passed away and that he hadn’t heard. He knew that his friend had sold used cars in this area. As we talked, I realized that I did know his friend. I promised him that I would get his information to his friend and let him know that he was trying to get in touch with him. 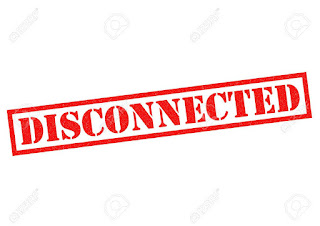 When I called the number that I had, I got the message that the number had been disconnected and was no longer in service. I knew where he lived, so later that day when I was out making deliveries, I stopped by his house. He and his wife welcomed me into their home. When I told them the reason for my visit, tears came to his eyes. He had lost track of his friend. Over the years, since their active duty together, they had always kept in touch. He was very happy to receive his friend's contact information. He thanked me for taking the time to bring the information to him.

I thought about how much the man must have wanted to reconnect with his friend, to start calling strangers in the hope that they might know him. I think that God may have directed him to call me because I did know his friend. His tenacity in searching for his friend reminds me of God as he searches for you and me. Luke 19:10 (NLT) tells us that “the Son of Man came to seek and save those who are lost.” And in Ezekiel 34:11 (NCV) “the Lord God says: ‘I, myself, will search for my sheep and take care of them.’”

No matter what you have done, or where you are in this life, God will always be searching for you. He will use every method there is to save you. Often, we have no idea that we are lost, but God still searches for us. 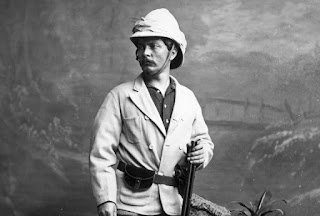 One of the greatest historical search stories is Henry Stanley's 1871 expedition to find David Livingstone in the uncharted interior of Africa. Dr. Livingstone was a Scottish missionary and explorer who had become an international celebrity for his work in exploring the African continent. In 1866 he began his third exploratory trip to Africa, searching for the source of the Nile River. Over the years, Livingston had been known for his letters and constant updates during his journeys. Livingstone was rumored to be dead when three years had passed on this final trip with very little news of his progress.

Henry Stanley was a reporter who was commissioned by the publisher of the New York Herald newspaper in 1870 to go and find Livingstone. After a difficult expedition of more than seven months, he found Livingstone. He later wrote the following description of their meeting: “As I advanced slowly toward him I noticed he was pale, looked wearied, had a gray beard, wore a bluish cap with a faded gold braid round it, had on a red-sleeved waistcoat, and a pair of gray tweed trousers. I would have run to him, only I was a coward in the presence of such a mob—would have embraced him, only, he being an Englishman, I did not know how he would receive me. So I did what cowardice and false pride suggested was the best thing—walked deliberately to him, took off my hat, and said: ‘Dr. Livingstone, I presume?’” 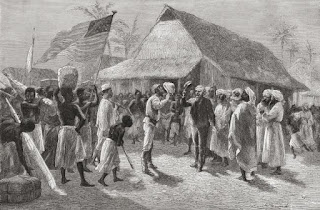 Dr. Livingstone would later express surprise that he was considered lost. He was troubled by illness and was short of supplies but had no intention of stopping his exploration of African lakes. Livingstone remained in Africa, where he died in 1873.

God has been searching for the lost since the beginning of our earth’s history. Genesis 3:8,9 (NKJV) tells us the story of God seeking Adam and Eve after they had sinned. “And they heard the sound of the Lord God walking in the garden in the cool of the day, and Adam and his wife hid themselves from the presence of the Lord God among the trees of the garden. Then the Lord God called to Adam and said to him, ‘Where are you?’

Gentle Reader, remember that we have a Father who actively looks for us. Just as God searched for Adam and Eve as they tried to hide from Him, He is searching for you. Just as Henry Stanley sought for Dr. Livingstone, in the wilds of Africa, your Father seeks for you! “The Lord is not slow to fulfill his promise as some count slowness, but is patient toward you, not wishing that any should perish, but that all should reach repentance.” 2 Peter 3:9 (ESV)

Posted by Richard Lawry at 4:58 PM