An Arkie's Faith column from the September 5, 2019, issue of The Mena Star.

The bright sunlight glistened off of the bright white buildings along bathhouse row in Hot Springs. As we walked along the street, I tried to imagine what it was like during the heyday of bathhouses. I am intrigued by the history of Hot Springs.

The first permanent settlers came to the Hot Springs area in 1807. They were quick to realize the area’s potential as a health resort. By the 1830s, log cabins and a store had been built to meet the needs of visitors to the springs. By the 1880s bathhouses were lining the streets of Hot Springs. The health resort industry led to Hot Springs becoming known as the "American Spa."

Along with the bathhouses, there were gambling establishments. From the Roaring ’20s until the end of World War II ten major casinos and numerous smaller houses operated in Hot Springs. Hot Springs became a haven for notorious criminals and mobsters, including Owen “Owney” Madden, Charles “Lucky” Luciano, and Al Capone. Word spread that Hot Springs was the perfect hideout for criminals running from police investigations. Al Capone and his bodyguards would rent out entire floors of hotels. 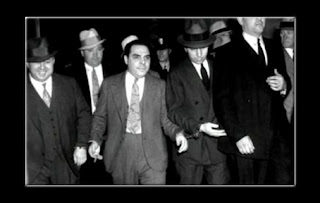 During that time, Al Capone virtually owned Chicago. Capone rose to infamy as the leader of the Chicago mafia during the Prohibition era. A gangster needs a good lawyer, and Capone hired one nicknamed "Easy Eddie." Eddie's skill at legal maneuvering kept Al Capone out of jail for a long time.

Capone paid Eddie very well. He and his family occupied a fenced-in mansion with live-in help. The estate was so large that it filled an entire Chicago City block. Eddie lived the high life of the Chicago mob and paid little attention to the vicious crimes committed by his mob friends. 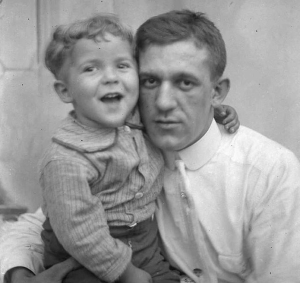 Easy Eddie had a son that he loved dearly. He saw to it that his son had the finest clothes, the fastest cars, and a good education. Eddie wanted his son to be a better man than he was. One day, Eddie made a difficult decision. He decided he would go to the authorities and tell the truth about Al Capone, clean up his tarnished name, and offer his son a name with some integrity. He knew that he would have to testify against Capone, and he knew that the cost would be great, but he testified anyway. Within the year, Easy Eddie's life ended in a blaze of gunfire on a lonely Chicago street.

In his eyes, Easy Eddie had given his son the greatest gift he had to offer, at the greatest price he could ever pay. When the police found his body, they removed from his pockets a religious medallion, and a clipping from a magazine. It read: "The clock of life is wound but once, and no man has the power to tell just when the hands will stop, at late or early hour. Now is the only time you own. Live, love, toil with a will. Place no faith in time. For the clock may soon be still."

Let’s fast forward to World War II. Lieutenant Commander Butch O'Hare was a fighter pilot assigned to the aircraft carrier Lexington in the South Pacific. One day his entire squadron was sent on a mission. After he was airborne, he looked at his fuel gauge and realized that someone had forgotten to refuel the plane. He would not have enough fuel to complete his mission and get back to his ship. His flight leader told him to return to the carrier. He dropped out of formation and headed back to the fleet. As he was returning to the ship, he saw a squadron of Japanese aircraft flying toward the American fleet. 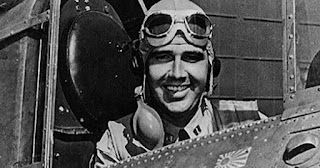 The American fighter planes were all gone on a mission, and the fleet was defenseless. Commander O'Hare couldn't reach his squadron and bring them back in time to save the fleet. He had no way to warn the fleet of the approaching danger. He decided that he must somehow divert the Japanese planes from the fleet. With no thought for his safety, he dove into the formation of Japanese planes. His wing-mounted 50 caliber guns blazed as he charged in, attacking one surprised enemy plane and then another. Commander O'Hare wove in and out of the now broken formation and fired at as many planes as possible until his ammunition was gone.

Even though he couldn’t fire his weapons, he continued the assault. He dove at the planes, trying to clip a wing or tail in hopes of damaging as many enemy planes as possible. Finally, the exasperated Japanese squadron took off in another direction. 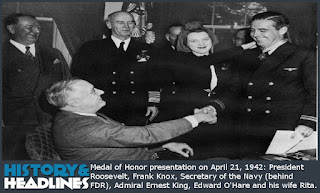 Commander O'Hare and his tattered fighter plane barely made it back to the carrier. The film from the gun-camera mounted on his plane told the story. It showed the extent of his daring attempt to protect his fleet. He had destroyed five enemy aircraft. This action took place on February 20, 1942, and because of his heroism, Lieutenant Commander Butch O'Hare became the Navy's first Ace of World War II, and the first Naval Aviator to win the Medal of Honor.

A year later Butch was killed in aerial combat at the age of 29. His home town of Chicago would not allow the memory of this WW II hero to fade. O'Hare Airport in Chicago is named for Lieutenant Commander Butch O'Hare in tribute to the courage of this great man. 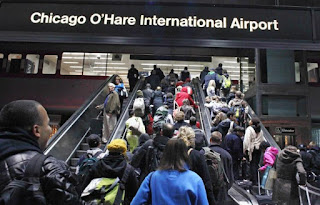 Gentle Reader, Butch O'Hare was "Easy Eddie's" son. No matter what your past has been, it’s never too late to make a change. The Bible tells us about a gangster, a criminal, who made a change. “There were also two criminals led out with Jesus to be put to death.” Luke 23:32 (NCV) As he was hanging on the cross waiting to die, one of the criminals turned to Jesus and said, “‘remember me when you come into your kingdom.’ Jesus said to him, ‘I tell you the truth, today you will be with me in paradise.’” Luke 23:42,43 (NCV) God says, “‘At just the right time, I heard you. On the day of salvation, I helped you.’ Indeed, the ‘right time’ is now. Today is the day of salvation.” 2 Corinthians 6:2 (NLT)

Posted by Richard Lawry at 8:20 PM

Click on the photo above to purchase the paperback version of my latest book, Devotionals from a Small Town, for $8.99

I was born in 1956 in Madison, Tennessee, while my parents were attending Madison College. I grew up along the Front Range in Colorado, attending schools in Longmont, Brighton, Boulder and Loveland, Colorado. Two years after graduating from Campion Academy, I married my sweetheart, Regina. We lived in Loveland, Colorado for six years before moving to Mena in western Arkansas.
I love the people of Mena and the friendly easy going way of life here. I have owned and operated my own business since moving to Mena. I enjoy the natural beauty of western Arkansas and being out of doors.
My newspaper column in The Mena Star, An Arkie’s Faith, premiered on January 7, 2016. In March 2017, I published my first book, titled The Little Things - Devotionals from a small town, using articles from the column. I published the second book in the Devotionals from a small town series, titled In the Fog, in December 2017.