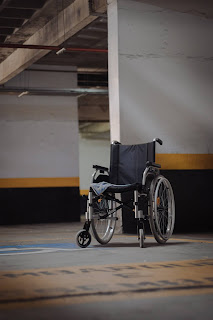 The boy and his sister peered out of the window of the used furniture store. There was a white-haired man rolling past in a wheelchair. “What was he doing there,” they wondered. They watched as he rolled up to the apartment at the end of the store. Before long, it was common to see the white-haired man wheeling down the sidewalk in front of the furniture store. 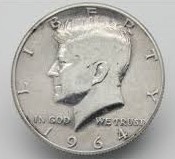 One day, Mr. Canfield showed the boy a small transistor radio. The boy had never seen one before, and his eyes lit up as the small black box crackled to life. The sound was tinny, but the little box he held in his hand while it played music enchanted him. Envy grew inside the boy. He coveted Mr. Canfield’s transistor radio and imagined all of the places he could listen to the radio, such as outside, in his room, and while he was doing chores. That night, the boy went to sleep thinking about Mr. Canfield’s little black transistor radio.

When he was visiting with Mr. Canfield, the boy would often ask to see the transistor radio. Mr. Canfield knew that the boy loved the little radio and one day told him that he would sell the radio for five dollars. The boy was ecstatic. He had more than five dollars saved in a tin box in his room, and he wanted that radio more than anything else. That evening when the store was closed, the boy mentioned the radio to his Daddy. He wanted to be able to take the black transistor radio home with him. 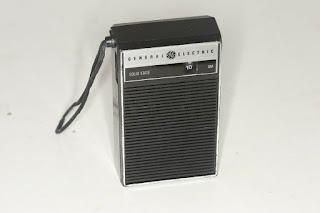 But Daddy was in a hurry to get home, and the boy didn’t mention it again. He sat in the front seat beside Daddy and thought about the radio. He was so disappointed that a tear slipped down the side of his face. Daddy saw that he was upset and asked him what was wrong. The boy told Daddy how much he wanted that radio, and he had hoped to get it tonight: adding that he had the money saved up at home. Daddy turned the car around and headed back to Mr. Canfield’s apartment.

That night I sat in my room and played the transistor radio, for I was the boy who bought the radio from Mr. Canfield. I turned the dial to 950 KIMN and listened to what I was sure was the best radio station in the world. Ode to Billie Joe, Pleasant Valley Sunday, All You Need is Love, Heroes and Villians, along with many other songs, drifted through my head as I went to sleep with my very own transistor radio under my pillow.

Before the Walkman, the iPod, or the iPhone, the first small portable music device was the transistor radio. The Regency TR-1 hit stores in October 1954, selling for $50.00.  It received AM stations and was the first device you could slip in your pocket and use to listen to music. When Sony entered the market in 1957, the company sold 500,000 transistor radios in one year. Their ad slogan was, “So small it fits in your pocket. So powerful it plays everywhere. Play it at home, at the office, when you travel . . . Anywhere!”

Although the original target audience was adults, teens made the transistor radio a hit. In the late 1950s, transistor prices fell, rock and roll took off, and AM radio stations began to spin Top 40 hits. Teens tuned in, and sales of the handheld units soared. Portability and a plug-in earphone made listening to music a personal experience that teens did not have to share with their parents. 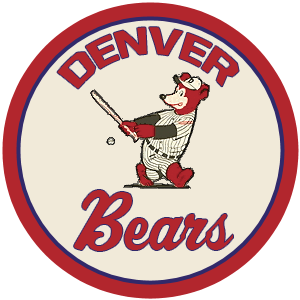 My transistor radio was my constant companion. Buying 9-volt batteries to power my radio was a significant expense. I would go to sleep with the radio under my pillow all too often, and the radio would play all night. I listened to every Denver Bears baseball game that I could, dreaming of the time I could attend a game. I started taking my radio with me when I worked with my Daddy on Sunday afternoons to listen to the hapless Denver Broncos. Even though my Broncos didn’t win very often, it was always exciting to hear about Floyd Little running through the opposing defenses. But mostly, my radio stayed tuned to KIMN, 950 on the dial. I knew every song on the KIMN top 40 and begged my Momma to stop by Woolworths each week to pick up the latest KIMN hit parade listing that week’s Top 40. Then I would go home and write out the Top 40 for the week – in the order I thought the songs should be.

My transistor radio was my window to the world. It gave me news, weather, sports, and especially music. There were powerful broadcast stations that sent out signals my little black transistor radio could receive. We, as Christians, are constantly sending signals. It is sobering to realize that the signals about Jesus that some people receive are the signals we are personally broadcasting. 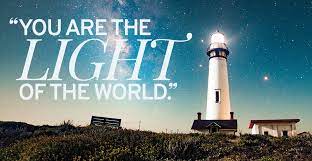 Gentle Reader, “you are the light that gives light to the world. A city that is built on a hill cannot be hidden. And people don’t hide a light under a bowl. They put the light on a lampstand. Then the light shines for all the people in the house. In the same way, you should be a light for other people. Live so that they will see the good things you do. Live so that they will praise your Father in heaven. Matthew 5:14-16 (ICB)  Ask God for the ability to send a good strong signal to those around you.