My An Arkie's Faith column from the July 7, 2021, issue of The Polk County Pulse. 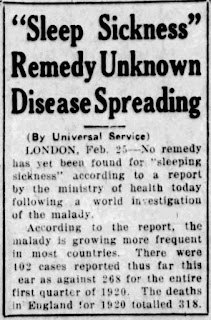 During the winter of 1916–17, a strange new disease spread across Europe and the world. People were afflicted with unusual neurological symptoms such as excessive sleepiness, difficulty controlling eye movements, and other movement disorders. Not every patient had all the characteristic symptoms, and not all of them experienced the same severity. At first, patients were diagnosed as having meningitis, multiple sclerosis, or delirium. But as the disease spread, doctors began to realize they were dealing with something they had never seen before. Encephalitis lethargica was first officially recognized by the medical community as a separate disease in 1917.

People afflicted with this new disease exhibited strange behaviors and overwhelming lethargic sleepiness, which gave it its common name, sleepy sickness. The movement of troops across Europe during World War I helped spread the disease. Sleepy sickness affected at least half a million people in Europe and spread throughout the world to hundreds of thousands more. One-third of the patients died from respiratory failure caused by neurological dysfunction. And while hundreds of thousands of patients died, many survived. 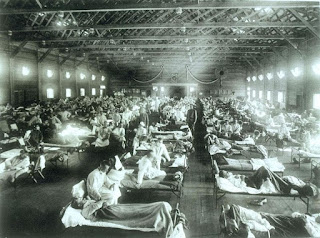 In the disease’s final phase, a patient’s movement becomes stiff and slow, as it does in those with Parkinson’s disease. Some patients slow to the pace of sleepwalkers; others become motionless, living statues for years. Although their minds appear to remain clear during their brief times of clarity, those who suffered the sleepy sickness lacked all sense of the passing of time.

By 1930, the sleepy sickness epidemic had ended as quickly as it had started. Even though there were almost no new cases, many people were still living with the effects of the disease. The prevailing medical view at the time was that these people were stuck like that. There was nothing that could be done but keep them alive in the hospital.

In the early 70s, Dr. Oliver Sacks worked at Mount Carmel, which had 80 patients with these symptoms. The patients had been trapped within themselves, some for decades. The nurses who worked with sleepy sickness patients at the hospital told Dr. Sacks that now and then, one of those patients would do something to indicate that they are still in there. Dr. Sacks longed to be able to help his patients, but there were no treatments available. He realized that some of their issues are similar to Parkinson’s Disease. He wondered what would happen if he gave his patients L-dopa, a brand-new drug for treating Parkinson’s. 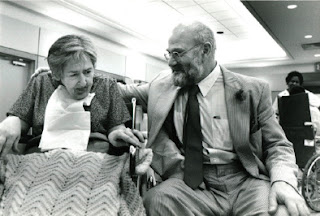 When he administered the drug, their frozen faces melted, smiles appeared, eyes started to look around and get bright and twinkle, unused voices appeared, and unused muscles began to work. Imagine what it was like for those people. Dr. Sacks had only been with them for a year and a half, but they had been in this catatonic state for decades. They have been frustrated, awake on the inside, not being able to communicate. And then, along comes Dr. Sacks, who spends some time with them, gets to know them, listens to the nurses, and is willing to try to help them.

But unfortunately, L-dopa was not the miracle cure Dr. Sacks was looking for. In his book Awakenings, he wrote, “But then, almost all of them ran into trouble, developing not only specific side effects of L-dopa, but certain general patterns of trouble, too. Some of the patients would react differently to the drug each time we tried it. I tried altering the doses, titrating them carefully, but this no longer worked. The system now seemed to have a dynamic of its own. There seemed to be with many of the patients, nothing between too much L-dopa and too little.”

Dr. Sacks had been documenting the stories of his patients so that he could write a book, but he felt guilty about his role in their stories. He almost decided not to publish the book Awakenings at all. But his patients convinced him to publish the book. They told him that they needed to have their story told. They have felt neglected by society, by the medical establishment for decades, so they want him to tell their story. Awakenings was a best seller in 1973, and in 1990 a film version was released starring Robin Williams and Robert De Niro. 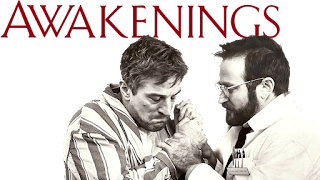 Although 100 years have elapsed since the beginning of the epidemic period, many questions remain about this Sleepy Sickness. What causes it? How is it transmitted? Could an epidemic happen again? Encephalitis lethargica was characterized in a 2004 BBC documentary as the most significant medical mystery of the 20th century.

We are fortunate that sleepy sickness and its horrible symptoms are no longer causing problems; only around eighty cases have been diagnosed since 1940. But there is another sleepy sickness that is still infecting the world. Paul talks about it in Romans 13:8-11 (NCV). “Do not owe people anything, except always owe love to each other, because the person who loves others has obeyed all the law. The law says, ‘You must not be guilty of adultery. You must not murder anyone. You must not steal. You must not want to take your neighbor’s things.’ All these commands and all others are really only one rule: ‘Love your neighbor as you love yourself.’ Love never hurts a neighbor, so loving is obeying all the law. Do this because we live in an important time. It is now time for you to wake up from your sleep, because our salvation is nearer now than when we first believed.” 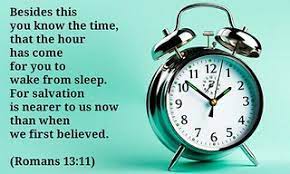 Paul is telling us to wake up from our sleep. If we are Christians and honestly know Jesus, he gives us the power to love. Our sleepy sickness is our inability to love others. We live in a critical time, and we need to wake up and start loving our neighbors, even those we don’t agree with or understand. Paul says very plainly that we should love everyone, that we owe them our love. I wonder what kind of radical things would start happening if we were to wake up and start living like we owed love to each other?

Gentle Reader, too often, the Christian world focuses on pointing out those we disagree with and expressing our displeasure with them. But this is the opposite of what the Bible teaches. “Love comes from God. Everyone who loves has been born of God and knows God. Whoever does not love does not know God, because God is love.” 1 John 4:7,8 (NIV) We need to wake up from our collective hate and step into the light of God’s love. “Light makes everything visible. This is why it is said, ‘Awake, O sleeper, rise up from the dead, and Christ will give you light.’” Ephesians 5:14 (NLT)