It was over ten years ago when I listened to my first podcast. While researching a history topic on my computer, I came across some information that I was looking for, but it wasn't in written format. I had to listen to the information. I had stumbled across the podcast, Stuff You Missed in History Class. I enjoyed listening to the podcast and was able to get some of the information I was looking for. But I wished it had been in written format so I could study the information easier and save the relevant portions. I didn't think about podcasts again until I got an iPhone. 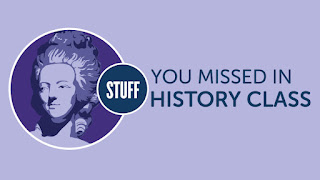 While I was learning about the things I could do with my iPhone, I saw the podcast app. When I opened the app, the first thing I searched for was Stuff You Missed in History because it was the only podcast I knew about. I listened to the current episode and enjoyed it, but what really intrigued me was the back catalog. I started listening from the very first episode, and in a few weeks, I had listened to every episode. During one episode I heard the hosts mention another podcast, Sawbones. I started listening to Sawbones, and before long I had caught up on their back catalog. I was hooked on listening to podcasts.

I listened to podcasts when I walked in the morning. I listened in the car, while I worked, while I mowed the yard, anytime I could. I became obsessed with this new form of communication. Most of the podcasts I listened to were history-related, and I learned so much new information that my friends and family got tired of me sharing my newfound information with them. 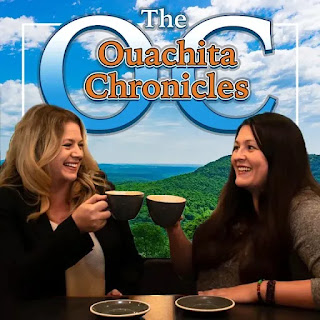 Fast forward to November of last year when I learned about a brand new local podcast, The Ouachita Chronicles. I knew the hosts, Ashley Smith, and Jeri Pearson. I listened to that very first episode the day it came out, and have not missed an episode since. Their camaraderie and the way they put their guests at ease make the podcast a joy to listen to. I have learned so much about people from my little corner of the world.

A few weeks ago, co-host Jeri Pearson contacted me and asked if I would be willing to be a guest on the podcast. The idea made me nervous, but I said that I would. The day that I walked into the small office turned into a podcast studio, they immediately put me at ease. After a couple of minutes of just visiting with friends, Producer Trey said that he had the levels set, and without missing a beat, we were recording a podcast. The hour flew by, and I wasn't nervous at all. I didn't feel like I was being interviewed, I was just telling friends some stories about my life. Now I was eager to hear the finished product.

A couple of weeks later, Jeri sent me a message. "When the power went out in town earlier this week, Trey had the podcast up and was nearly done editing your episode. The file became corrupt with the power outage and we have spent the last two days and brought in people that know more than us about such things, attempting to recover the file. But it has not been possible. Would it be possible for you to come back in next week to re-record your episode?"

We set up a time to re-record the episode, and this time I wasn't nervous at all. We talked about growing up in Colorado, how my wife and I got together, and how we ended up moving to Arkansas. Then we discussed how I began writing in local newspapers and how that turned into publishing books. Last Friday, my episode was released on The Ouachita Chronicles. 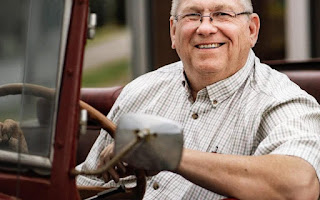 You can listen to the episode at http://theouachitapodcasts.com/podcast/episode-32-richard-lawry/

Here is a list of my current favorite podcasts.

This Day in History Class

Stuff You Missed in History

The Food That Built America

Stuff You Should Know

Posted by Richard Lawry at 8:04 AM