My An Arkie's Faith column from the January 19, 2022, issue of The Polk County Pulse. 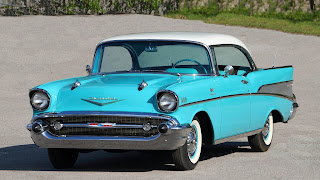 What is your favorite color? Most of us have colors that we prefer over others. My favorite color is blue, and if it tends towards teal or turquoise, that is even better. Because I work on cars almost every day, I have noticed a trend in car colors. There are very few colorful cars from the past twenty years. Over 70 percent of vehicles built were painted either white, black, or silver during these twenty years. It wasn’t too long ago, from the 1950s through the 1970s, when cars of all shades of the color spectrum filled U.S. highways. You could see Tropical Turquoise on a 57 Chevy, Tahitian Bronze on a 59 T-Bird, Coral on a 61 Plymouth, Big Bad Green on a 69 AMX, or Plum Crazy Purple on a 71 Dodge Challenger. But the bright, colorful cars of that era are now a thing of the past.

During the heyday of the Ford Model T, Henry Ford said, “a customer can have a car painted any color that he wants so long as it is black.” Early Model Ts came in various colors, but in 1914, Henry decided to produce only black cars to simplify his new assembly line. But by 1926, the Model T was available in other colors such as green, blue, maroon, brown, beige, and grey. 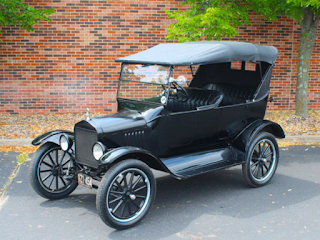 An executive at Volkswagen recently described the current color situation on United States’ roads this way, “If you drove down an American street and looked only at the new vehicles, you might be forgiven for thinking you’re in a black-and-white movie.” Between the 2014 to 2020 model years, 24% of the vehicles sold in the U.S. were white, and 23% were black. The next two most popular paint colors, at 16% and 15%, were gray and silver. Almost eighty percent of all cars sold in the past decade were these greyscale colors. Before 1980 less than 30 percent of new vehicles sold were “colorless.” 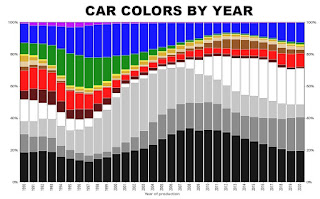 Automotive analyst, Karl Brauer, complains about the lack of color choices. He says, “I joke that I’ll never order a silver car because I wouldn’t want to be responsible for creating another one.” He offers a ray of hope, however. “I think we’re shifting back to a bit more individuality and diversity,” he said. “Color is becoming more of a focus point. For me, if a car is offered in black, white, and seven shades of silver, I’m not interested.” He adds, “other people are starting to tire of the dominance of those colors.” In 2022, you will see more color on dealership lots as manufacturers add more color to their palettes. 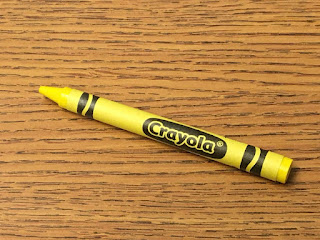 I recently ran across a story about color written by Kathy Schultz. “Pink is my granddaughter’s favorite color,” she wrote. “She had been telling me this since she first discovered colors. The other night as she chatted away, she added that yellow was another one of her favorite colors.” Kathy explained why her granddaughter had added yellow as a favorite color. Her granddaughter told her that when she went to music class, Mrs. Cooke, the music teacher, told her she was a bright yellow crayon, bright as the sun.

Kathy wrote, “this is a wonderful description of my grandchild! The teacher was right. She is a bubbly, cheerful child. Truly, she is a bright ray of sunshine.” She concluded by saying, “words have such power. A small statement made by her teacher had truly inspired my granddaughter. It made her even list yellow as her favorite color. I doubt she will ever forget the teacher’s kind remarks. This made me think of the words I say. Do I say kind, encouraging, inspiring words to others?” 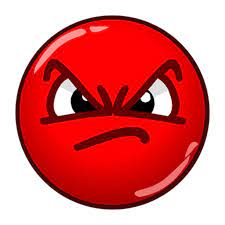 What is the color of the words you speak to others? Do you use red, angry words? Or aloof, condescending purple comments. Maybe you use calm, green words, or cheerful yellow words. As we go through life, one constant seems to be criticism. I’m sure everyone has received criticism and has more than likely been critical of others. I have been criticized on many occasions and have been critical of others. Still, recently I have had some experiences that made me stop and think about the impact of criticism and its opposites, affirmation, approval, and encouragement.

When a customer comes back with a complaint or criticism of an issue unrelated to my work, it puts me in a blue mood. But thankfully, that is a rare occurrence for me. Anyone in business knows that a satisfied customer seldom lets you know that he is satisfied, but a dissatisfied customer will tell you that he is unhappy. But over the past couple of weeks, I have had many customers tell me, “Thank you.” Affirmation, approval, and encouraging words always lift my spirits. 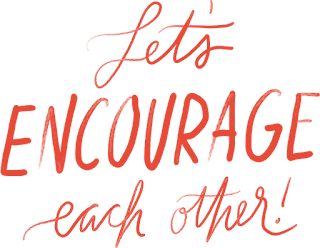 In 1 Thessalonians 5:11 (NIV), Paul wrote, “Therefore encourage one another and build each other up, just as in fact you are doing.” Elizabeth Harrison, a pioneer in early childhood education in America, wrote, “Those who are lifting the world upward and onward are those who encourage more than criticize.” Are you encouraging those around you, or are you criticizing? “Sharp words cut like a sword, but words of wisdom heal.” Proverbs 12:18 (CEV)

In the classic devotional, “My Utmost for His Highest,” Oswald Chambers wrote, “Jesus’ instructions with regard to judging others is very simply put; He says, ‘Don’t.’ The average Christian is the most piercingly critical individual known. Criticism is one of the ordinary activities of people, but in the spiritual realm, nothing is accomplished by it.” He continues, “It is impossible to enter into fellowship with God when you are in a critical mood. Criticism serves to make you harsh, vindictive, and cruel, and leaves you with the soothing and flattering idea that you are somehow superior to others.”

Gentle Reader, the choice is yours. Either you can criticize, or you can encourage. How will you color the world around you? Will you use colors of faith, hope, and love for others? Or will you dip your brush into harsh colors of judgment and criticism? Will you encourage others or use sharp words to cut them down to size and put them in their place. I hope that your choice will be to encourage and inspire others. When we encourage and help others, we are showing God’s love. Show someone today how much you value them for who they are. Let the true colors of genuine Christianity shine through.