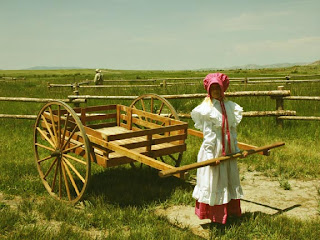 Z is for Zion.  Zion, to members of The Church of Jesus Christ of Latter-day Saints, represents the perfect, just society ruled by Jesus Christ where all the inhabitants live in harmony, equally sharing all things.  Soon after founding the church in April 1830, Joseph Smith stated that he had received a revelation that designated Independence, Missouri as the center of the New Jerusalem, or Zion. 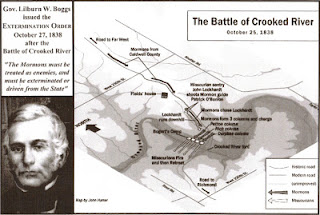 The Latter Day Saints were driven from Missouri in 1838 as a consequence of the Mormon War and Governor Lilburn Boggs' Extermination Order. After this time the concept of Zion as Jackson County, Missouri was no longer taught.  From Missouri many Mormons moved to Illinois where they bought the small town of Commerce and renamed it Nauvoo. They were never at peace with their neighbors. After Joseph Smith's death in 1844, continuing violence from surrounding non-Mormons forced most Latter-Day Saints to leave Nauvoo. These refugees, led by Brigham Young, emigrated to the Great Salt Lake Valley in Utah.

Utah became the new Zion, and the main desire of new Mormon converts was to reach Zion.  One of those new converts was my wife's great great grandmother, Sophie Peterson.  Sophie was born August 17, 1824 in Copenhagen, Denmark.  Sophie married Peter Peterson. When her children were small her husband died of cholera at the age of 39.

In 1855 Sophie was baptized into the Mormon Church.  She sold her homestead and left Denmark on May 4, 1856 with the promise of reaching Zion.  The voyage by ship took forty-one days and she arrived at New York City on June 14, 1856. She traveled by rail from there to Florence, Iowa.  There Sophie and her children became part of one of the most famous journeys across the United States, the journey of the Willie Hand Cart Company.

Sophie joined the Willie Handcart Company and with her children pulled the handcart across the plains. She had plenty of money to get her to Salt Lake, but she trusted two Elders with her money and they betrayed her trust. Sophie had plenty of clothes for herself and her children, but because each person was only allowed 17 pounds of possessions, she had to leave most of the clothes behind when she joined the handcart company.  Even with all of the hardships she faced, she was determined to go to Zion.

The Willie Company was one of ten groups of pioneers from England and Scandinavia that made the journey from Iowa to Utah by pulling handcarts. The trek was disastrous for two of the companies,  the Willie Company and the Martin Company.  These two companies started their journey dangerously late and were caught by heavy snow and severe temperatures in central Wyoming. Despite a dramatic rescue effort, more than 210 of the 980 pioneers in these two companies died along the way. Fortunately for me, Sophie, my wife's great great grandmother, and her son Otto, my wife's great grandfather, survived the journey.

I can't imagine what it would have been like for a single woman with 3 children ages 2 through 10 to pull a handcart west across nearly impassable terrain and with only a few ounces of flour for food each day.  There are journals of the trip that can be read online at The Travels of the Willie Handcart Company. 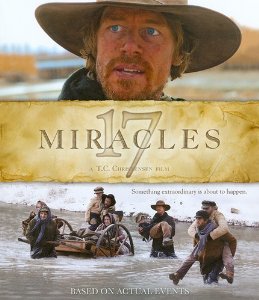 In 2011, the story of the Willie Handcart Company was made into a movie, titled 17 Miracles.  The movie is based on the actual experiences of members of the Willie Handcart Company of Mormon Pioneers following their late-season start and subsequent winter journey to Salt Lake City in 1856. It is a very interesting movie and can be rented from Netflix or purchased from Amazon.

Posted by Richard Lawry at 7:20 AM