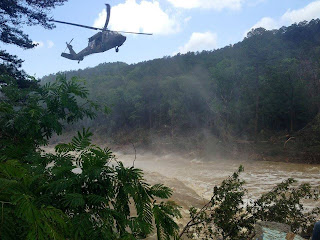 During last weeks flooding in our area several lives were lost.  Our local State Representative, Nate Bell, wrote the following article honoring two first responders who gave their lives trying to save flood victims.  I asked for permission to repost his article and he graciously agreed.

In the early morning hours of last Friday, Scott County Sheriff Cody Carpenter and AGFC Officer Joel Campora lost their lives in the line of duty. Both men died attempting to save the lives of helpless people trapped in a flooded home. We've heard much about the disastrous chain of events that took their lives but I’d like to take a moment to focus not on how they died, but how they lived. 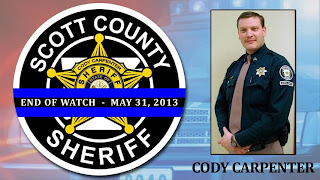 Rural Arkansas sheriffs aren't just paper pushers. They are hands on law enforcement officers who are often at the front of the line when “things go bad.” Sheriff Carpenter led his department “hands on” and spent more time in the field than in the office. Law enforcement in isolated rural areas is a challenging and dangerous business with small budgets, limited personnel and difficult geography.  Cody Carpenter managed to provide high quality law enforcement even under these challenging conditions because he put people first. 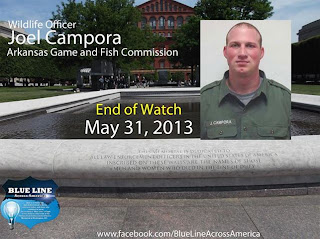 Arkansas Game & Fish Officer Campora was the classic country boy. According to friends and family members, his lifelong ambition was to be a game warden. He was a family man, a Christian, a hunter and a man who was especially thoughtful in his interactions with young people. I didn’t know Officer Campora well and had only limited interaction with him. One of those interactions was during the search and recovery efforts following the very similar Albert Pike flash flood in 2010. That search and recovery effort was both emotionally and physically difficult. Following his tragic death last week, someone shared Joel Campora’s Facebook status regarding the Albert Pike incident. It’s an excellent window into the kind of man he was. 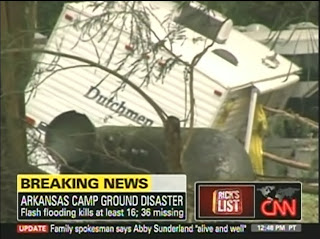 Here’s the unedited post from Officer Campora:  “The more I think about the tragedy that occurred at Albert Pike and seeing it first hand makes me realize that life is extremely short. Don't wait to accept Christ as you savior. Your time may be tonight. I saw all ages (3 to 68) die. Whats your excuse? Just believe and live forever in the loving arms of Christ. It's our choice. Please pray for the families who lost their loved ones.”

Both men were family men and leave behind grieving families and children.  Over the coming weeks, I hope you will join me in praying for peace and healing of those they and the other victims left behind and I hope you’ll take Officer Campora’s advice to heart in case your own life is also cut short.

Greater love has no one than this: to lay down one's life for one's friends. John15:13 NLT 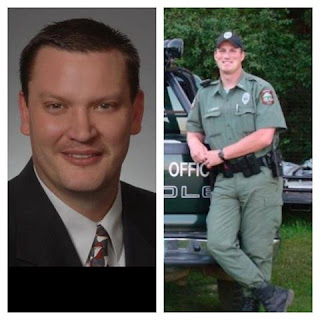 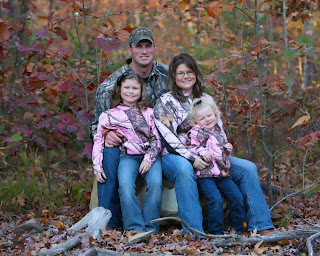 Posted by Richard Lawry at 9:13 AM