Today, June 15th is a special day. 38 years ago I said "I do" to my very best friend. The best decision I ever made was to marry the girl who stole my heart when she walked into Mr Brost's History class the beginning of my senior year of high school. I know that high school romances seldom last and that when kids get married when they are in their teens the marriages aren't supposed to last, but we have proven those things wrong. It is still awesome to go through each day with my best friend.

This is the girl that took my breath away when she walked into class that morning. I was too shy to talk to girls, so it was almost a year before she had any idea that I was interested. I think that the good Lord knew that I needed all of the help I could get so he made it so that our paths crossed in a number of ways that year. 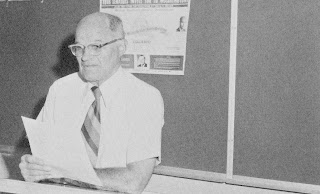 Mr. Brost selected five students to work together each week producing learning packets for History class. Gina and I were both in the group.  We met in the library and worked on  producing material to go along with the following weeks lessons.  As I think back on it, that Mr. Brost was a smart teacher.  We helped produce his lesson materials and did it willingly.

We both worked at the Harris Pine furniture factory. I worked on the dresser jig, and she made drawers. I would spend my breaks back with the drawer makers, but she still didn't catch on.  Because she was clueless that I was interested in her and I was far to shy to let my feeling be known we were able to become good friends but that was all. 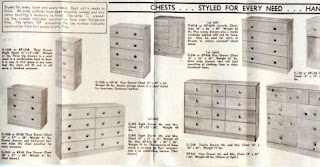 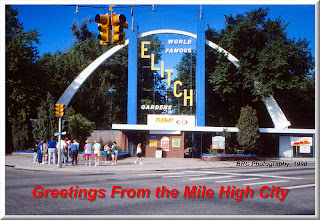 I had a great graduation weekend, but after it was over I didn't know what to do.  I was definitely in uncharted territory.  I guess she figured that I would never ask her out, so she invited me to attend the Porter Hospital company picnic at Elitch Gardens.  I don't handle amusement park rides well, but I wasn't going to tell her so we rode the rides.  My stomach couldn't take it and I ended up throwing up on her.  I was sure that the relationship was over at that moment, but she took me to her home where she let me borrow some of her Dad's clothes while she washed mine.  We then went back to Elitch Gardens but didn't ride anything other than the train.  I definitely knew that she was a keeper. 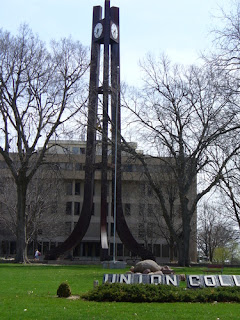 Our relationship was a long distance relationship for a year. She was attending Union College in Lincoln, Nebraska and I was living in Loveland, Colorado. We wrote hundreds of letters and I called her every Wednesday night while my family was at prayer meeting; the only time I could have any privacy.  The next year I packed up my things and went to Lincoln.  I knew that I wanted to spend the rest of my life with this girl. On June 15, 1975 we were married in the Denver First Seventh-day Adventist Church. The last 38 years have been an interesting and very fulfilling time.  There is nothing I would rather do that take a road trip to someplace I have never been before and spend time with my best friend.  I'm looking forward to the next 38 years together.