This article was published in the June 26, 2013 issue of The Polk County Pulse.  The article was written by Michael Reisig.  I sat down for an interview with him last week.

The mission of the Seventh-Day Adventist Church on Fairgrounds Road in Mena is to make disciples of all the people, communicating the everlasting gospel in the context of the three angels' messages of Revelation 14:6-12, leading them to accept Jesus as their personal Savior, discipling them to serve Him, and preparing them for His soon coming.  The Seventh-Day Adventists believe particularly in the soon coming of Jesus Christ and that is essential to their philosophy. The history of the area church goes back over a century, to 1905, when it was first organized by Elder L. W. Feltner.

In 1957, the congregation purchased the old school building in Dallas Valley.  The church met there until 1990 when they moved to the current church building on Fairgrounds Road.  The construction was funded entirely by the congregation and was debt free at its completion. 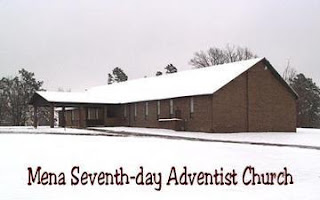 The church has a pastor that serves several Seventh Day churches in the area, but the Head Elder of the church is Richie Lawry, who has been with the organization for over three decades.  Lawry grew up in Colorado, graduating from high school in 1973 and becoming involved in the auto repair industry.  He met his wife, Regina, in high school and they were married in 1975.

"My dad came to Mena to visit a friend and he liked it so much he ended up buying two houses," Lawry recalled.  "My wife and I visited here and liked it just as well so we moved here in 1981.  Shortly after settling here, I became involved with the Seventh-Day Adventist Church and have been with them ever since."

Within a few years Lawry became an elder and went on to become head elder in 2000.  "To me, and to us here, it is the worshiping of Jesus on the 7th day that binds us," Lawry explained.  "Jesus, when he attended the synagogue, went on the Sabbath.  I want to live my life by the 10 Commandments, and one of those is to worship God on the seventh day.  We are also a church that has a passion for missions and helping the community.  We have a soup kitchen each Tuesday from 11 a.m. to 2 p.m., and anyone and everyone is welcome to come by for a free meal.  We generally provide meals for over 130 people. 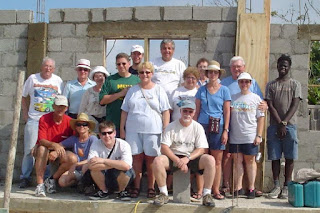 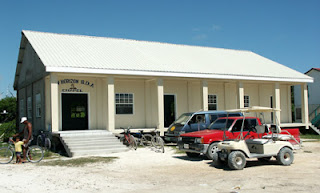 "We have also funded and helped build a church in San Pedro, Belize, and funded the building materials for 29 churches in Africa," Lawry continued.  "We work with a company that offers kits to build open-walled churches that can be framed in if desired.  The kits are delivered in large boxes and can be assembled in a day." 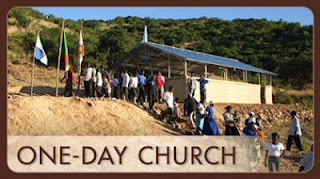 Lawry added that his is an extremely generous congregation, willing to help and to give, and although they are not generally a wealthy people, they always give from their hearts.

"If you'd like to see what the Seventh-Day Adventist philosophy is all about, we'd love to have you come out and visit with us and meet the people of our congregation," Lawry added.  "We meet on Saturday mornings from 9:30 a.m. to 12:00 p.m., which includes a Bible study period and a church service at 11 a.m., and as of July 1 we will be meeting on Wednesday evenings from 6:30 p.m. to 7:30 p.m. studying books of the Bible.