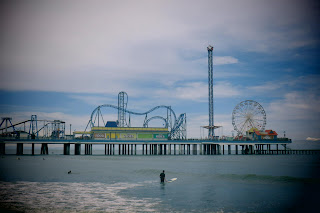 On our recent trip to Texas to see our son and his wife, we took a day trip with them to Galveston.  We decided to check out the new Pleasure Pier.  It is a great new mini amusement park built on a pier. 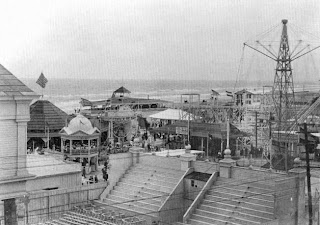 In 1906 Electric Park opened bringing amusement seeking tourists to Galveston. Located at 23rd and Seawall Blvd., just two blocks from the current Pleasure Pier, this electric amusement park lit up the Galveston sky with thousands of lights. The attractions included a roller coaster, carousel, theater, as well as the park’s prized possession, The Aerial Swing. In the early 1900’s Galveston promoted itself as the "The Coney Island of the South.” 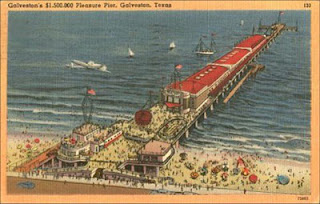 The pier was originally built as a recreational facility for the United States military. In the 1940's it was transformed into the Galveston Pleasure Pier and was the largest of its kind in the country. America’s top dance bands routinely filled the mammoth Marine ballroom. Fishing facilities, a full carnival midway and an aquarium made the pier an iconic family destination. The Galveston Pleasure Pier operated as a tourist destination until 1961 when Hurricane Carla severely damaged the property. 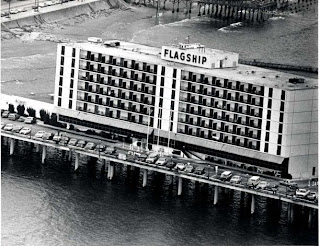 Four years after Hurricane Carla, the Flagship Hotel opened on the once devastated Pleasure Pier and quickly became an icon, offering a one of a kind hotel over the Gulf, staying open for over 40 years. On September 13, 2008, Hurricane Ike made its final landfall near Galveston as a strong Category 2 hurricane and damaged the hotel significantly.  Three months after the hurricane I was in Galveston and took a picture of the Flagship Hotel. 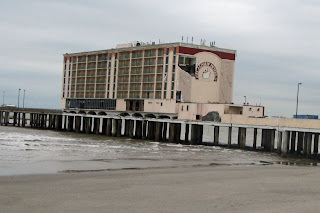 Rather than rebuild the hotel, plans were made to transform the Pleasure Pier into a world‐class amusement park for all ages.  The plans were to  recapture the site’s original purpose as a pleasure pier. The Pleasure Pier opened in May of 2012. 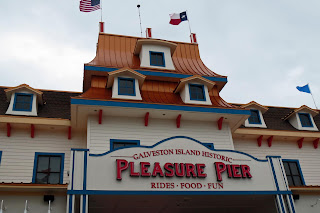 We had a great time at Pleasure Pier.  The day had started out very rainy and we were afraid our day trip would be compromised.  It was still raining a bit when we arrived, but the weather improved as the day went on.  Because of the rain the pier was not busy and we didn't have to wait for the rides. 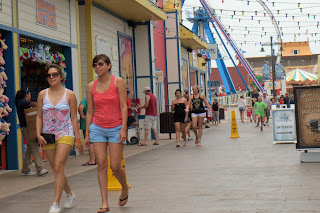 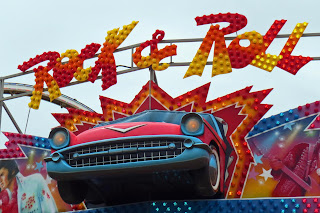 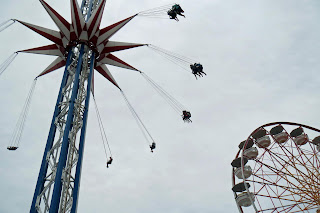 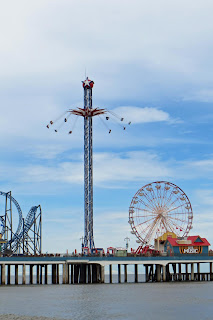 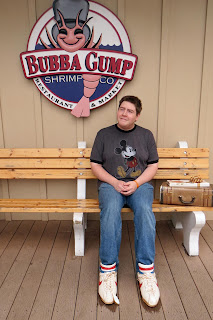 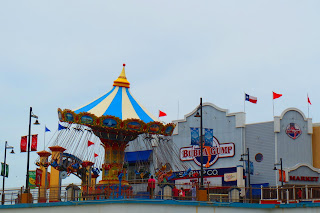 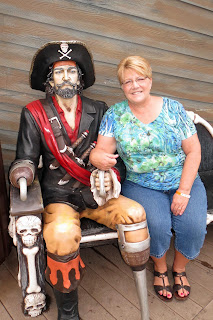 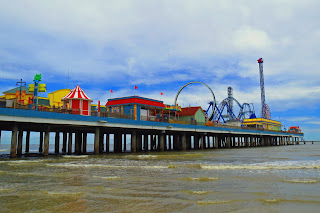 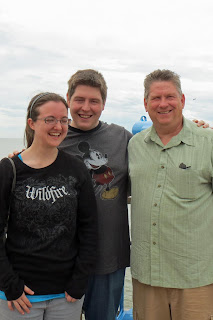 If you are ever in Galveston, check out Pleasure Pier for great family fun.
Posted by Richard Lawry at 6:06 PM