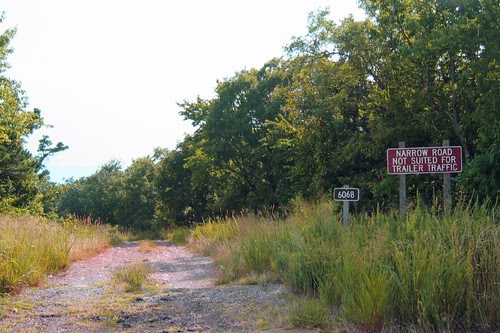 On our way back home from Dierks Lake, we took a "shortcut" over gravel mountain roads.  Within just a few miles of the highway we came to the Cossatot River bridge that was impassable because there was three feet of water flowing over it.  We had to turn around and go all the way back to Dierks Lake so we could take the paved roads. On our way back to the lake we followed our GPS and were stymied three different times by locked gates across the roads.  After an hour we finally made our way back. 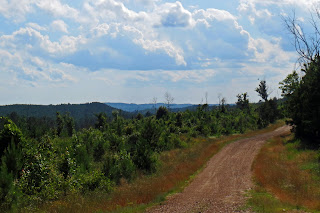 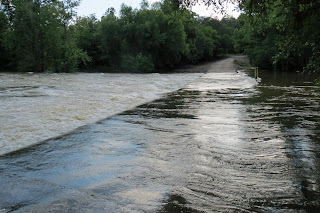 Sometimes exploring a new road can be quite an adventure. When you are traveling a rural Arkansas road you just don’t know where you will end up. 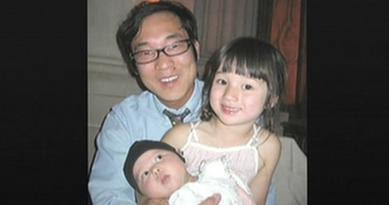 In the fall of 2006 America was transfixed with the story of James Kim. He was traveling home from Portland, Oregon to San Francisco, California with his wife and 2 children. They took a wrong turn onto a logging road in bad weather. The snow became too deep to travel, and they became stranded. 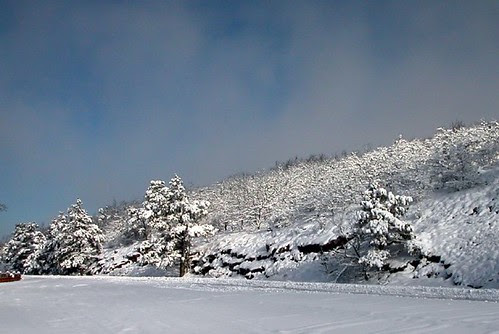 After several days Mr. Kim set out on foot to look for help. He believed the nearest town was located four miles away. The distance to the town was actually 13 miles. He promised his family that he would turn back at 1 p.m. if he failed to find anyone, but he did not. Kati Kim and her two children were found alive when a search helicopter was led to the scene after seeing human footprints in the snow. The three were then rescued, and airlifted out of the area.

Soon after the rescue of Kati Kim and her children, search and rescue teams followed James Kim's footprints back along the road for about 10 miles where his footprints left the road and led into the heavily wooded Big Windy Creek drainage area. James Kim's body was found in Big Windy Creek. He had walked 16 miles looking for help.

Although Mr. Kim had walked 16 miles, he was found about four miles from his vehicle, and about one mile from Black Bar Lodge, a boating outpost. Though it was vacant at the time, it was stocked with food items. What a tragic story!

In Proverbs 14:12 the Bible tells us “There is a way that seems right to a man, but its end is the way of death”. When the Kim family decided to go down that logging road, they had no idea that the road was impassable. Had they known about it, I’m sure they wouldn’t have taken that path. It was supposed be a short cut, but only led them to tragedy. 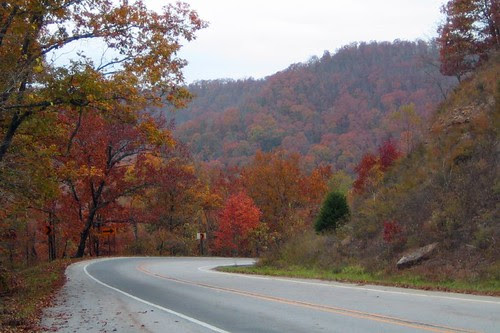 In Psalms 25:4,8-10 the Bible tells us” Show me the path where I should walk, O LORD; point out the right road for me to follow. The LORD is good and does what is right; he shows the proper path to those who go astray. He leads the humble in what is right, teaching them his way. The LORD leads with unfailing love and faithfulness all those who keep his covenant and obey his decrees.

God has promised to be our guide. He will point out the right road for us to follow. As I have discussed spiritual things with people I have heard the following analogy several times. “You see it your way I see it my way, but there are many roads all going to the same place.”

Jesus has an answer for that way of thinking. We find his words in Matthew 7:13,14. “You can enter God’s Kingdom only through the narrow gate. The highway that leads to destruction is broad, and its gate is wide for the many who choose the easy way. But the gateway to life is narrow, and the road is difficult, and only a few ever find it”. You know from experience that all roads don’t lead to your destination. I’m sure that you have been on a road that didn’t take you where you thought it would. James Kim found out this truth in a tragic way.

One of the last songs that George Harrison recorded was a song titled “Any Road”. The chorus of the song says “If you don't know where you're going any road will take you there”. His words are very true. They describe the kind of roads that I like to explore. I like to drive on them because I don’t know where I’m going. I like to just take off and explore new roads. When I see a road I always wonder where it goes. A number of times I have been completely lost, but eventually I made it home. It can be fun not knowing where you are going. 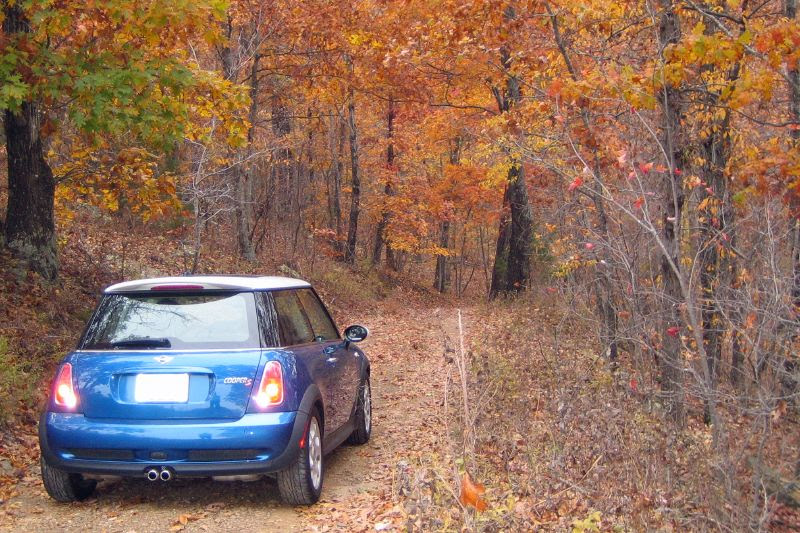 While it can be fun to explore unknown roads on a Sunday afternoon drive, it’s not a good plan in our spiritual lives. We should know where we are going. We should all have the same destination in mind.

I hope that you know where you are going. Jesus told us that not just any road would take us there. Have you found the road that leads to life? Have you studied the map?
I hope that you and I will be able to say what David said in Psalms 73:23-26. “Yet I still belong to you; you are holding my right hand. You will keep on guiding me with your counsel, leading me to a glorious destiny. I have no one in heaven but you; I desire you more than anything on earth. My health may fail, and my spirit may grow weak, but God remains the strength of my heart; he is mine forever”.

Posted by Richard Lawry at 7:00 AM