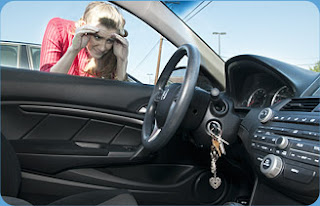 The phone rang, and when I answered it the voice on the other end of the line sounded a bit distressed. “Do you remember me? You put a windshield in my pickup a few months ago,” she explained. “I do remember you,” I said. “Well, I didn’t know who else to call,” she said, “I have locked my keys in my truck. Can you help me?” I told her that It would be a few minutes before I could get away from my shop, but that I would come out as soon as I could and see if I could get into her truck.

When I arrived, I got out the special tools that I have for getting into locked vehicles. I have two car antenna masts that I have adapted to use for breaking into vehicles. One of the antennas is straight with a slight curve to it, and the other one has a sharp right angle bend at the bottom and ends in a sharp point. After prying the top of the door away from the top, I was able to thread the straight antenna through the gap and try to use it to press down on the door lock button. After trying unsuccessfully for quite some time, I decided that I would have to try another method. 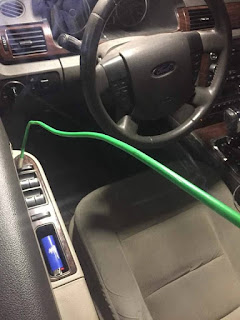 It was much more difficult, but I was finally able to pry the door away from the windshield post just enough to get the antenna with the right angle bend through the opening. When I was able to get the sharp point up against the door lock lever, I tried giving it a quick yank, but the point slipped off. After several tries, I finally succeeded in getting the door unlocked. My customer was very happy to be able to get her purse, keys, and phone out of the truck.

As I was driving back to my shop, I thought about how strange it was that for the third time in a month I had been asked to help someone get into their vehicle after they had accidentally locked their keys inside. An acquaintance had locked his keys in his pickup while he was at the veterinary clinic across the street from my shop. In a short while, I was able to get the door open on his pickup, and he was able to get back home.

A couple of weeks later, a longtime friend called and said that she left her little dog in the car for a minute while she was talking to someone and the dog jumped on the door panel and stepped on the door lock button. She couldn’t get in the car to go home, and she was worried about her dog. I grabbed my trusty homemade tools for breaking into vehicles and drove out to where she was locked out of her car. In a few minutes, she was back in her car and reunited with her little dog. The next afternoon, she came by my shop with a beautiful homemade pie. It was delicious. 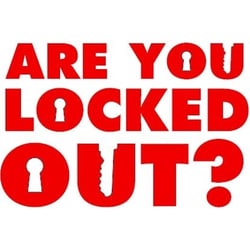 Have you ever been locked out of your car or house? It’s not a pleasant experience. Although I have been locked out several times over the years, I don’t worry about locking the keys in the car that we have now. It has a safeguard system that won’t allow the doors to lock if it detects that the keys are in the vehicle.

Since Jesus has opened a door that no one can shut, surely everyone will be saved. It is what Jesus wants. 2 Peter 3:9 (NKJV) tells us that Jesus is “not willing that any should perish but that all should come to repentance.” Jesus doesn't want you to perish, but you have to believe in Him and repent to be saved. Jesus made it as clear as He could when He was talking to Nicodemus. He explained it this way. “For God so loved the world that He gave His only begotten Son, that whoever believes in Him should not perish but have everlasting life. For God did not send His Son into the world to condemn the world, but that the world through Him might be saved. He who believes in Him is not condemned; but he who does not believe is condemned already, because he has not believed in the name of the only begotten Son of God.” John 3:16-18 (NKJV) 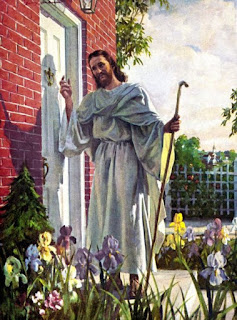 God isn’t willing for anyone to perish but tells us that he who does not believe is condemned already. Even though Jesus has opened a door that no one can shut and has made a way for every one of us to escape condemnation; we still have to believe and enter through the door. Jesus puts it this way in Revelation 3:20 (NLT), “Look! I stand at the door and knock. If you hear my voice and open the door, I will come in, and we will share a meal together as friends.”

Gentle Reader, these words of Jesus are so beautiful. He is expressing His desire to be with us. He is not only knocking, but He is calling to us. The question is, will we open the door and invite Him in? To be locked in is as bad as being locked out. Bob Hartman of the band Petra wrote these beautiful words; “Jesus is holding out His love to you. But He made it so that you have to choose. How can you walk away empty again? When you know that you've got nothing to lose. Ask Him in – He loves you – Ask Him in.”

Posted by Richard Lawry at 6:13 AM