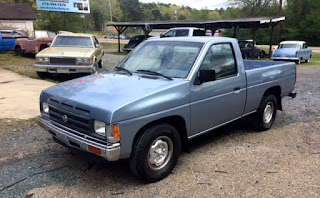 A couple of months ago, a customer came into my shop wanting an estimate on a paint job. He had a Nissan pickup that was over twenty-five years old. The little truck needed a lot of work, and the estimate was for more than it was probably worth. I never expected to get the job. The truck just wasn’t worth it.

About a month later, I received a call. The customer wanted to know If I remembered estimating a paint job on his Nissan pickup. I told him that I remembered it. He wanted to know when he could bring the truck to me. I was surprised that he wanted to spend that much money on the truck. Then he told me the story of the little Nissan hardbody pickup. His brother bought the pickup off of the showroom floor and drove it for many years. My customer inherited the Nissan when his brother passed away. The little truck had great sentimental value to him. 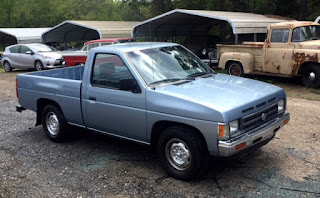 When we were repainting the truck, my customer wanted to make sure that it was refinished exactly the way it was when his brother had bought it new. We had to special order the same striping tape so we could match the stripe that the dealer had added when the truck was new. Because the rear bumper was twisted and damaged, I suggested replacing the bumper with a new one. But the bumper had the dealership name made into the face, so the customer wanted to save it. We straightened it the best we could and repainted it.

When the customer came to pick up his little Nissan, he was very happy with it. Before long he was going to a family reunion, and he was looking forward to being able to show everyone the refurbished Nissan. He didn’t complain when he paid the bill. To him, it was worth the cost.

How much are you and I truly worth? What value should we place upon each other? We as Christians have been given the message of God’s love and grace to spread around the world, but in many ways, we have failed. We have passed judgment on many of those around us. We say "they don't deserve the love of God; they aren’t worth my time, because they are no good.” We tend to look at people of certain races and religions as having little value. When people have made certain lifestyle choices, or have made mistakes in their life, we view that person as of little value. We might even describe them as worthless. But is this the correct way of seeing value in someone? 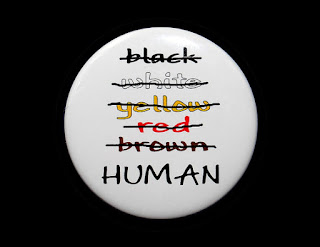 When God looks at His children today, he sees billions of people selfishly divided and opinionated. He sees people that He created in His image, “to practice justice, to love mercy, and to walk humbly with your God.” Micah 6:8 (TLV) He sees people who claim to follow Jesus and yet can't see the value of people that Jesus loves so much that He gave His life for them.

Think about it, if we truly saw the value of people as God does, would we still treat each other the way we do?  In Mathew 25:45 (NLT), Jesus tells us, “I tell you the truth, when you refused to help the least of these my brothers and sisters, you were refusing to help me.” The key to seeing and understanding the value of all other people is to see their worth in the light of what Jesus did to save them! To Him, it was worth the cost. 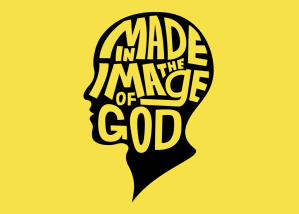 Ephesians 1:4 (NLT) says that “even before he made the world, God loved us and chose us in Christ to be holy and without fault in his eyes.” God chose you even before the world was made. He also chose that person you don’t think has much value.

In Romans 5:8 (NKJV), the Bible tells us that “God demonstrates His own love toward us, in that while we were still sinners, Christ died for us.” Jesus died for you; not because you were good enough, but because he loved you. He also loves those people you can’t bring yourself to love. If we focus on how much God loves everyone and the price He paid to redeem them, we’ll come to see people as God sees them, and that will help us understand just how much they are worth. 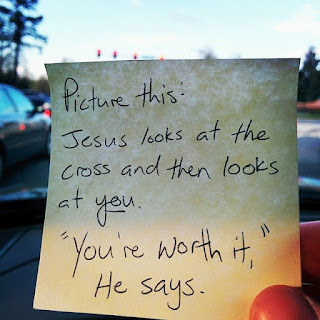 Gentle Reader, let’s remember how much value we have in God's eyes! All of us! And remember to be kind and loving to all people, because of what Jesus has done for us, and the great worth He has placed on each of his children. To Jesus, it was worth the cost. “For God so loved the world that He gave His only begotten Son, that whoever believes in Him should not perish but have everlasting life. For God did not send His Son into the world to condemn the world, but that the world through Him might be saved. John 3:16,17 (NKJV)

Posted by Richard Lawry at 2:22 PM