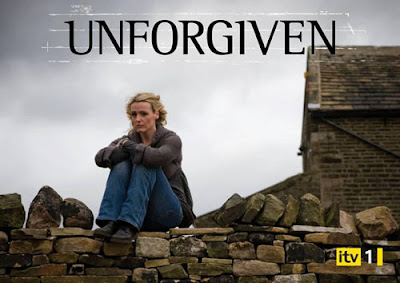 When I was growing up in Colorado, my pastor was Pastor George. I can still remember him teaching on the scripture 1 John 1:9, “If we confess our sins, He is faithful and just to forgive us our sins and to cleanse us from all unrighteousness”. 1 John 1:9 became a favorite verse. 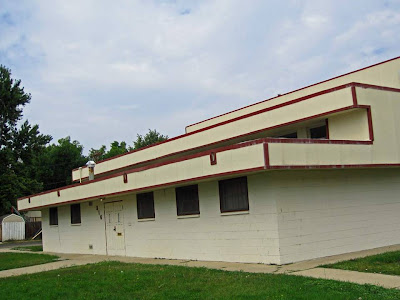 Over the years I have come to realize that there is a problem with this verse. The problem is not actually with the verse, but that many Christians don’t believe it. They say they believe, but their actions show they don’t feel forgiven. This idea isn’t new. Jesus addressed it in a parable found in Matthew 18.

While settling his account with his servants, a man was brought before the king. He owed the king 10,000 talents. When it was decreed that he and his wife and children were to be sold for the debt, he begged for patience and promised to pay the debt. The king forgave his debt and released him.

The servant then went out and found a fellow servant who owed him 100 denarii and demanded payment. The man begged for patience and promised to pay the debt, but the servant had him thrown in prison. When the king found out what the servant had done he told him, “shouldn’t you have had compassion on your fellow servant, just as I had pity on you”? 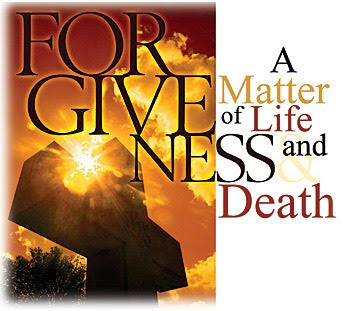 When this story is told, the point that is usually brought out is “You can’t be forgiven unless you forgive.” It is a very valid point. The idea is found in the Lord’s Prayer found in Matthew 6:12, “And forgive us our debts, as we forgive our debtors”.

As important as this idea is, I want to look at this story from a different angle than you may have before. The first thing we are made aware of is that the man in the parable has a large debt of 10,000 talents. Just how much is 10,000 talents? A Greek talent was 82 pounds or 1,312 ounces of silver. A denarii was a workers daily wage and was about 1/10 an ounce of silver in weight. 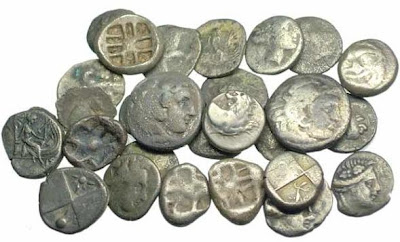 An entry wage worker in the United States makes approximately 16,000 dollars a year. 16,000 times 360,000 is approximately 6,000,000,000. The man owed 6 billion dollars. There was absolutely no way this debt could be paid. The people listening to Jesus tell this story knew that this was an impossible debt to repay. You would never know that to listen to the man. 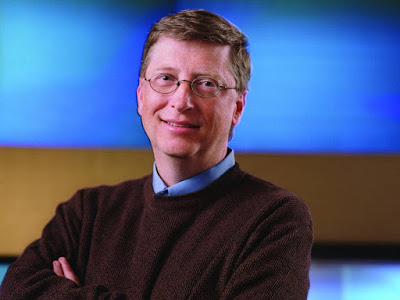 What was the man thinking? Unless his name was Bill Gates, there was no way he could ever repay 6 billion dollars. There are only about 100 people in the world that have those kinds of assets. Fortunately the king was compassionate. But very soon after having his debt forgiven the servant goes and finds someone who owes him a few dollars and demands payment. How much was the servant owed? The Bible tells us that the debt was 100 denarii. A denarii was a day’s wages. If we use 60 dollars as a day’s wages, the debt was 6,000 dollars.

I want to introduce another concept. Forgiveness is two way street. Not only do we have to forgive others to receive forgiveness, to be forgiven we have to accept forgiveness. There have been cases in the United States where people have rejected pardons. According to the law a pardon can be rejected, and must be affirmatively accepted to be officially recognized by the courts. 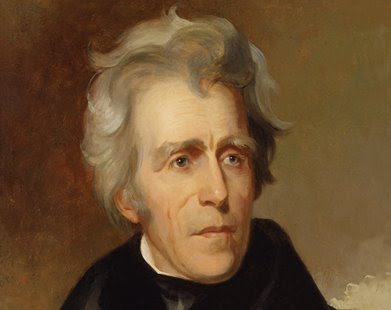 George Wilson was pardoned by President Andrew Jackson. Strangely, Wilson refused to accept the pardon. The case went before the Supreme Court in which the court stated: "A pardon is a deed, to the validity of which delivery is essential, and delivery is not complete without acceptance. It may then be rejected by the person to whom it is tendered; and if it is rejected, we have discovered no power in this court to force it upon him."

I don’t think that the man in the parable accepted the pardon. Even though he was forgiven a 6 billion dollar debt, as far as we know he never said thank you, he just walked away. The first thing he does instead of falling at the feet of the king in gratitude, was to go out and try to collect a debt owed him.

Why do you think he did that? Maybe he was simply greedy. His huge debt had been forgiven, but he wanted the money that was rightfully his. I think there is another possibility.

What if he hadn’t really accepted the king’s offer of pardon? Maybe he was intending to pay the money to the king on his debt. He had pleaded with the king to have patience and he would repay the 6 billion dollars. Maybe he didn’t like charity. Maybe he didn’t want to live with the sense of obligation that the forgiveness might give him.

He had a hard road ahead of him if he was going to pay off 6 billion dollars, 6,000 dollars at a time. Just 999,999 more payments like that and the debt would be gone. 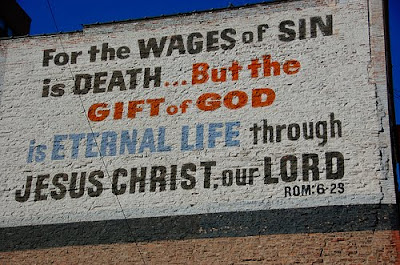 As ridiculous as that seems, there are many Christians who have the same attitude as the man in the parable. They have a terrible debt of sin. It is even more than 6 billion dollars. Paul tells us in Romans 6:23, ‘For the wages of sin is death, but the gift of God is eternal life in Christ Jesus our Lord’.

Even though the amount of the debt is so clearly stated, some Christians feel that they can repay the debt by their works. Jesus has promised to forgive our sin debt. 1 John 1:9 tells us, ‘If we confess our sins, He is faithful and just to forgive us our sins and to cleanse us from all unrighteousness’. 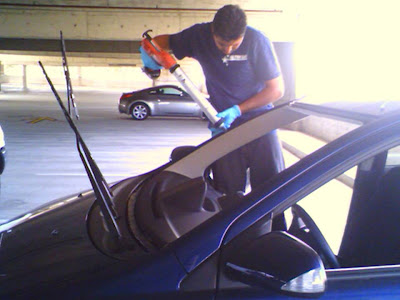 It is my job to install windshields. One day a customer was watching while I was installing his windshield. The urethane that I was using seemed irresistible. He just had to touch it. He got urethane on his hand. He didn’t want me to know he had touched it. I noticed he was quietly rubbing on his hand with a shop towel. If you try to wipe urethane off, all it does is smear and make a bigger mess. When I noticed his problem, I offered him some solvent that helps clean the urethane up. He said that he didn’t need any. 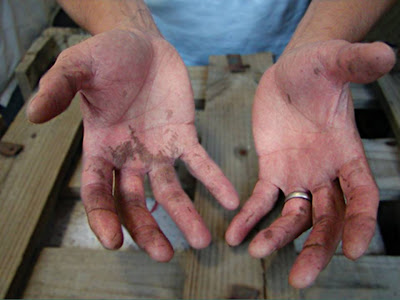 As I worked I noticed him continuing to try to clean up. By this time he has it on both hands and has gotten it on his coat. Urethane doesn’t come out of clothes. Finally I just got a shop towel and soaked it in solvent and gave it to him. By trying to clean it up himself he had made a monumental mess. Have you ever made a big mess of your life by trying to clean things up yourself? I know I have.

Jesus has offered to forgive us of our sin debt, no matter how ridiculously large the debt is, and he has promised to clean us up. Let’s take him at his word. “If we confess our sins, He is faithful and just to forgive us our sins and to cleanse us from all unrighteousness”. 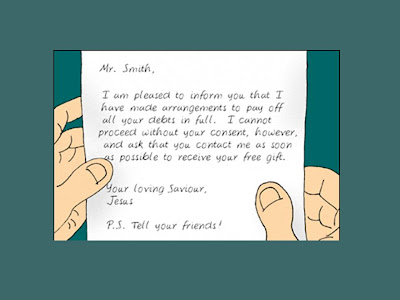 Posted by Richard Lawry at 3:31 PM